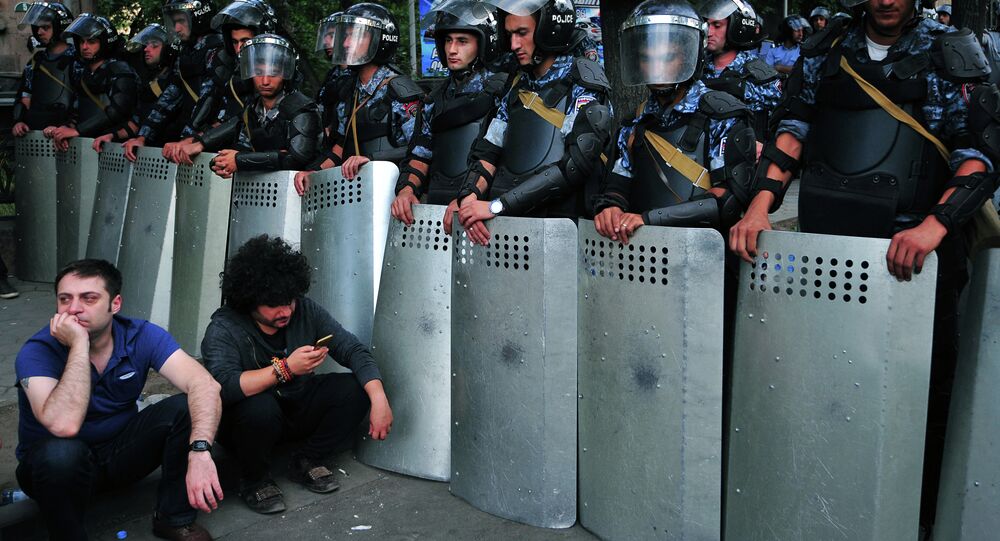 A mass protest rally against rising electricity prices remains underway in the center of the Armenian capital Yerevan.

About 7,000 people have made a second attempt to hold a march to the presidential residence after riot police used water cannons to disperse the demonstrators on Monday, according to media reports.

Protesters, who have blocked the road with garbage cans, continue to demand the cancellation of a decision to raise electricity prices. The protest hadn't been authorized by the municipality.

ppl from #Ukraine, how many times should we repeat that #ElectricYerevan is NOT #euromaidan It is against price hike not ANY foreign state

Police are on high alert, saying that in the event of an emergency, they will resort to the use of force to disperse the protesters, who earlier refused to meet Armenian President Serzh  Sargsyan.

"The night was calm. Protesters started the morning with clearing the streets," a tweet said.

A total of 237 demonstrators were arrested during Monday's protest rally. Seven protesters were injured, and three of them are hospitalized as a result of an attempt by police to break up the protest early that day.

Armenia Bans Import of Poultry Products From Several US States