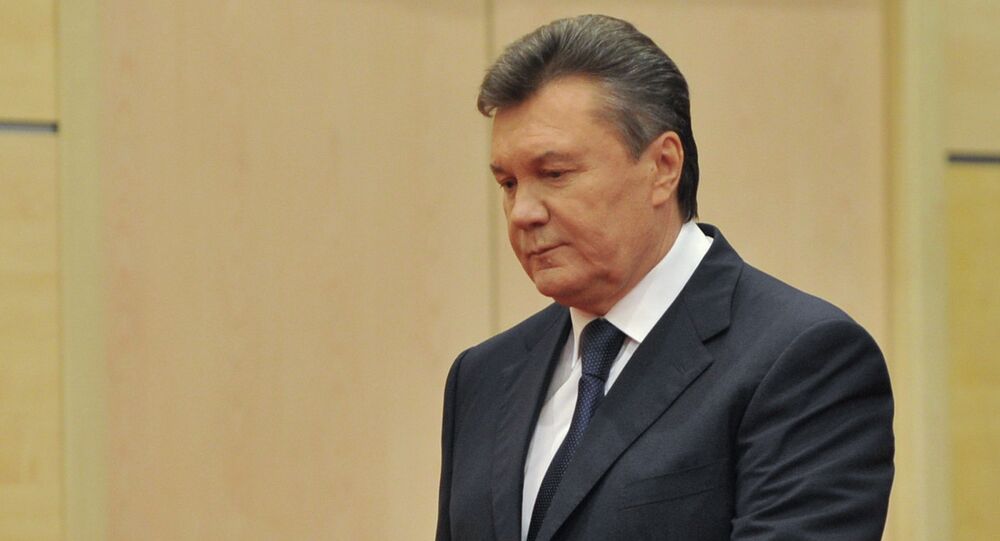 Commenting on Viktor Yanukovych's interview with the BBC, the administration of Ukrainian President Petro Poroshenko offered the country's former leader the opportunity to return to Kiev and prove his innocence in court.

Ukraine's former leader Viktor Yanukovych should return to Kiev and prove his innocence in court, according to the administration of Ukrainian President Petro Poroshenko. The remarks came after Yanukovych's interview with the BBC.

"If Yanukovych believes that he is innocent, he may return to Ukraine and prove it in court," Poroshenko's press service said in a tweet on Tuesday evening.

Speaking to BBC Newsnight, Yanukovich admitted that he did not do enough to stop the conflict from unraveling, even though he did not personally give any orders to fire at protesters.

At the same time, he said that did not deny his responsibility for the bloodshed on Kiev's Maidan Square, which reportedly resulted in at least one hundred deaths.

"I did not give any orders; that was not my authority. Secondly, I said publicly that I was against the use of force, let alone the use of firearms," he said.

© AFP 2020 / NICOLAS ASFOURI
BBC Explains Cuts in Yanukovych Interview on Crimea as Not 'Newsworthy'
Yanukovych was ousted as President of Ukraine after a coup in February 2014 which also saw a change in the legislature.  After Ukraine's parliament, the Verkhovna Rada, was stormed by protesters and Yanukovych's party ejected, there was a vote removing him from power.