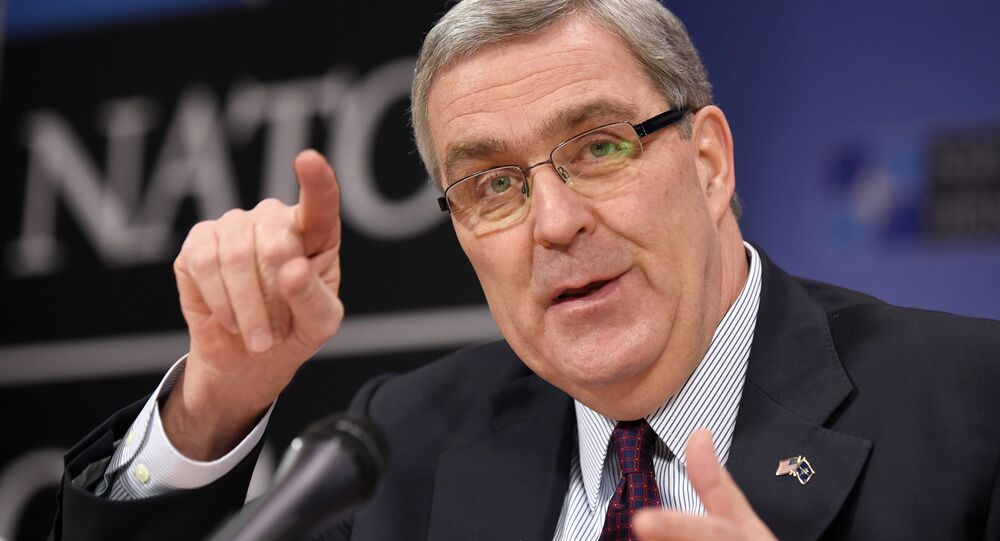 US Permanent Representative to NATO Douglas Lute said that United States is not planning on redeploying nuclear weapons back to Europe.

“There is no decision-making underway in Washington to redeploy nuclear weapons that were once deployed, sort of 30 years ago, back in Europe 30 years ago,” Lute told journalists.

Recent media reports cited US officials as saying the deployment of “counterforce” missiles in Europe as an option in light of increasing tensions with Russia.

Lute also pledged over 1,000 pieces of US military equipment, including hundreds of armored combat vehicles, to be deployed in Europe by the end of 2015. He said the deployment will not violate the NATO-Russia cooperation act.

Russia interprets the buildup of NATO forces in Eastern Europe as a threat to national security, arguing that it is an aggressive step that could increase tensions and destabilize the region.