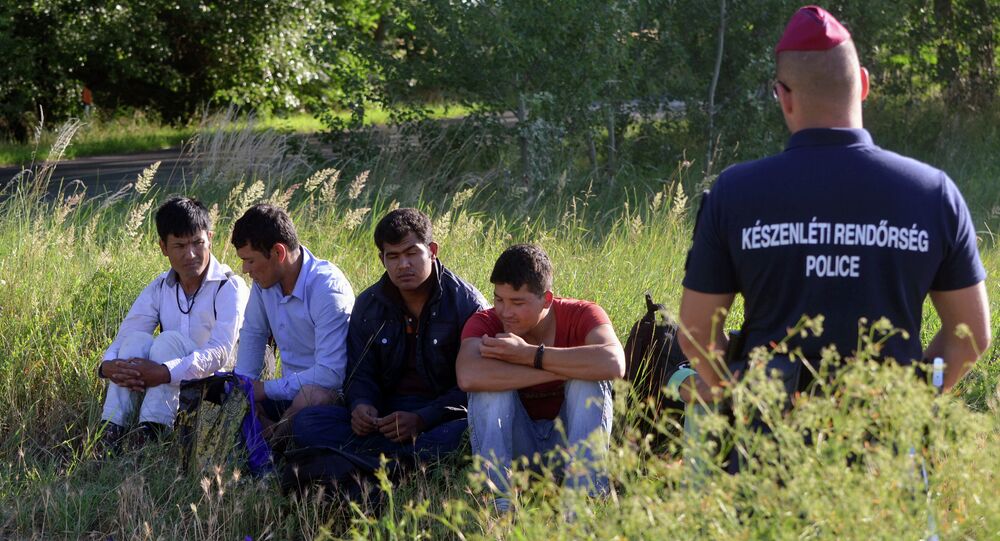 Hungary to Help Serbia Stem the Tide of Illegal Migration

According to him, a 20-strong detachment of Hungarian law enforcement officers with four mobile thermal cameras will be deployed to the south of Serbia.

The goal is to try to prevent illegal migrants from entering EU countries via Serbian territory. Hundreds of illegal migrants and refugees reportedly cross the Serbian-Macedonian border every day.

For its part, Budapest has repeatedly expressed alarm over the flow of illegal migrants, mostly from Syria and Afghanistan, to Hungary. About 60,000 such migrants have managed to enter Hungary since the beginning of this year.

Last week, Serbian Prime Minister Aleksandar Vucic said that he was "shocked" by Hungary's plan to build a border fence between Serbia and Hungary to keep out illegal migrants.

Vucic made it plain that the four-meter (13 feet) fence was "not the solution" to migrants entering Hungary from Serbia.

© AFP 2021 / GIOVANNI ISOLINO
Over 100,000 Migrants Cross to Europe via Mediterranean in 2015 - UN
The statement came shortly after Hungarian authorities announced the construction of a wall that they said would run the length of the 175-kilometer (109-mile) border between the two countries.

Announcing the move, Hungarian Foreign Minister Peter Szijjarto said that Hungary could not wait for the EU to find a way to root out illegal migration.

Upon entering Hungary, refugees typically request asylum, but most of them prefer to move further to countries like Austria and Germany within the EU's passport-free Schengen zone.