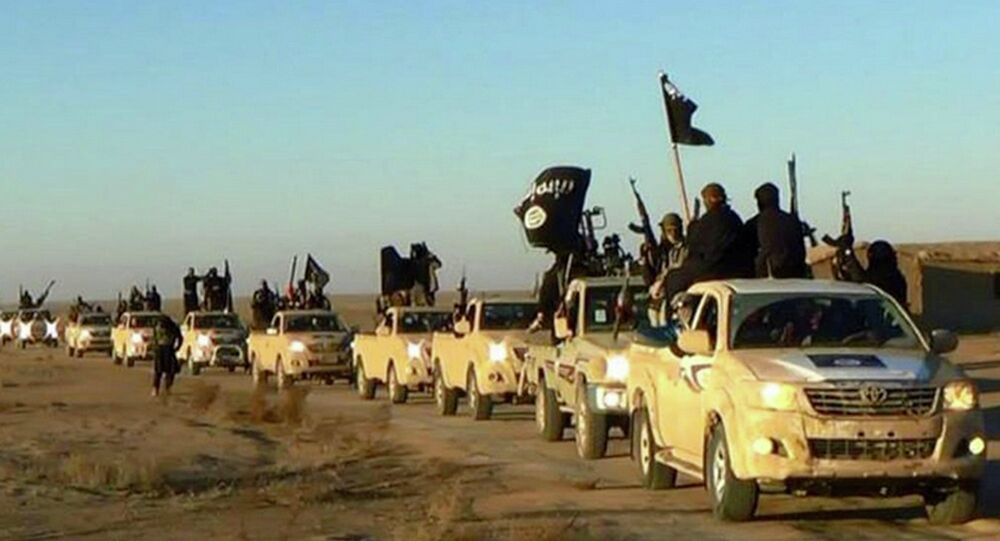 © AFP 2021 / MAHMUD HAMS
Stockholm Syndrome: Uproar Over Sweden's ISIL Fighters' Benefits Plan
Investigators working for the Swedish Security Service Säpo told Sveriges Radio that there had been a rise in people taking trips to the Middle East to fight alongside terror organizations such as ISIS (also known as IS) over the past year, with a growing number of visits funded by loans taken out in Sweden.

Some of these trips are also financed by shady deals with value added tax, investigators warned.

In recent years, up to 400 Swedish nationals have travelled from Sweden to join terrorist organizations in Iraq and Syria.

Martin Frimansson, an expert on terrorist funding at Säpo, explained that while some Swedes had borrowed money from banks or using Swedish credit cards, others had paid for their travel using SMS loans (money borrowed via text message from private companies) or made their way to Syria and Iraq using cars rented in Sweden.

“They can take loans of up to SEK 300,000. Furthermore, they take as many loans as they have time for, all at once,” Frimansson said.

He suggested that some Swedes were also taking out loans in order to raise their status within ISIS or other terror groups.

“They can take loans of up to SEK 300,000. Furthermore, they take as many loans as they have time for, all at once,” Frimansson explained.

“It could be that if you have a car and money…you automatically become a team leader. If you have no money when you arrive, no car or anything — then maybe you’ll be the ambulance driver,” he added.

By law, credit companies and banks are required to adhere to a range of measures designed to prevent the financing of terror activities, but according to Säpo the trend for Swedes borrowing money for suspect trips to the Middle East suggests that much more needs to be done, Sveriges Radio said.