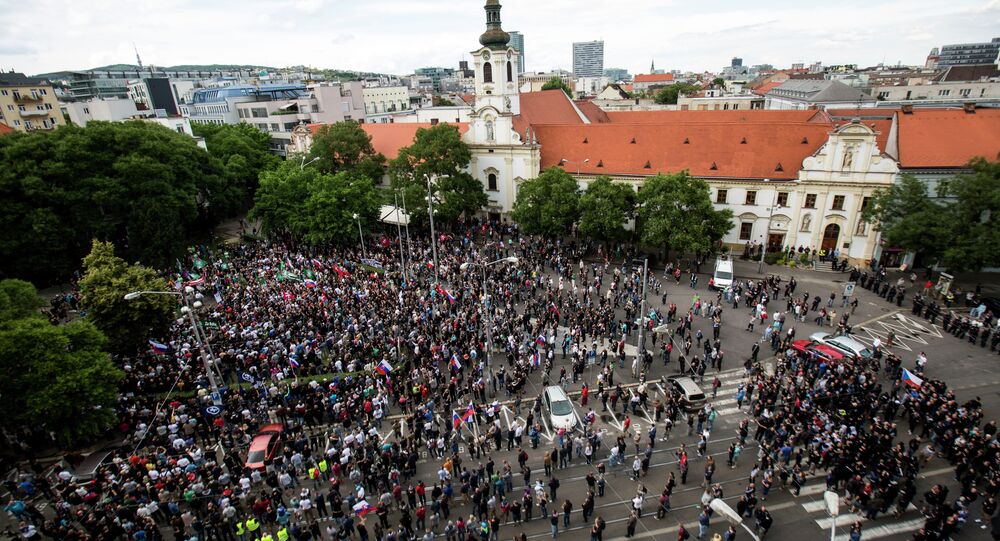 Thousands of people took to the streets of the Slovakian capital Bratislava Saturday to protest against immigration and EU quotas on migrant numbers at a rally organized by a group called “Stop the Islamization of Europe”.

The participants waved flags and held a banner reading "Slovakia is not Africa".

Carrying a banner bearing the slogan "Multiculturalism equals genocide", some protesters tore up an EU flag and launched tear gas at the police.

Two police officers were injured and 140 of the most violent protesters were arrested.

Later, at the local train station, unidentified attackers threw bottles and stones at an Arab family.

The European Commission wants EU governments to agree to resettle over the next two years 40,000 asylum-seekers who reached Italy and Greece, many after perilous boat trips across the Mediterranean in which hundreds have died.

Only refugees from states deemed by the EU to be facing the worst strife and conflict will be taken in.

The plan will be discussed at an EU summit on June 25-26.

Italy and Greece, bearing the brunt of the migrant wave, have repeatedly called on fellow EU states to share the burden.

He said the four countries supported a voluntary approach.