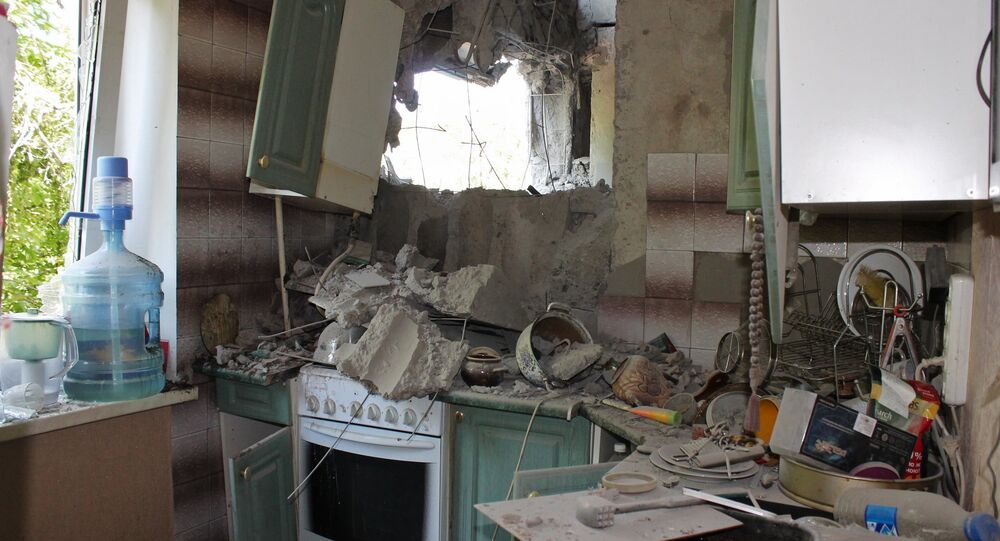 © AP Photo / Evgeniy Maloletka
OSCE Reports Ukraine Ceasefire Violations Around Donetsk Airport
DONETSK (Sputnik) — At least one person was killed and another one injured in the shelling of eastern Ukrainian city of Donetsk by Kiev forces, the city administration said Sunday.

The incident occurred late on Saturday night, according to a statement posted on the city administration’s website.

The shelling damaged a house in the western part of Donetsk and saw one man killed and a woman wounded, the statement said.

Intense shelling regularly takes place in the eastern regions of Ukraine in violation of the ceasefire agreements signed in Belarusian capital of Minsk in mid-February.

In early June, Donbass independence supporters accused Kiev of launching an offensive near the city of Marinka in Donetsk Region, while Kiev claimed that the attack was a response to the militia's advances.