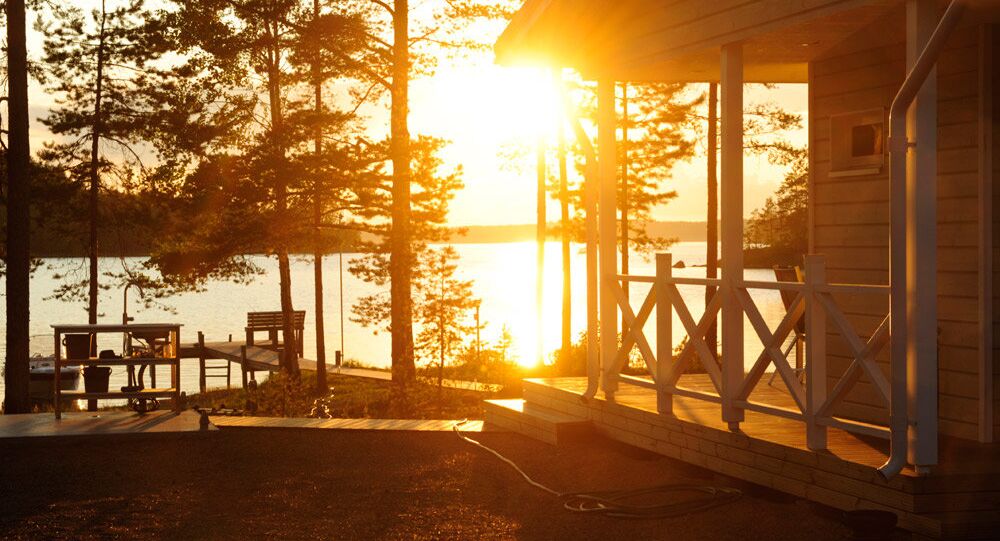 The government in Helsinki is worried about Russian citizens buying property in Finland, Foreign Affairs, a US international relations journal, reported.

When foreign citizens buy real estate in a country, it's a good thing for the country's economy. However, when potential real estate buyers are wealthy Russians, Finns believe that either the Russians are getting ready to snatch their land or the Kremlin must be behind the plan, looking to buy up the Finnish land to gather up intelligence on its Scandinavian neighbor.

Jussi Niinisto, the Defense Minister of Finland, has gone so neurotic that he ordered the Finnish Defense Forces to bid for the plot of land against Russian buyers. In one such case, the Finnish government's offer of $3.72 million fell short of an $8.45 million bid from a Russian citizen, Foreign Affairs said.

© Wikipedia
Finland Finds No Signs of Foreign Submarine in Territorial Waters
After the bidding fiasco, Niinisto ordered the defense forces to participate in future sales of strategically important plots of land. Furthermore, the minister said he'll introduce a bill that gives the government a right to refuse real estate sales to buyers from outside of the European Union (EU).

Apparently, the reason for such a fear is due to the 2014 re-unification of Crimea with Russia. After the last year events, Finns are "paying closer attention to Russia's actions and those of its citizens," Foreign Affairs reported.

Nonetheless, there are some voices of sanity among the Finns. Outi Salovaara, an investigative journalist at the Finnish papers Etala-Saimaa and Helsingin Sanomat thinks the Defense Minister is overreacting to the issue.

If the Kremlin wanted to gather intelligence on Finland, it would simply use satellites, but certainly not "a bunch of cottages" to figure out what's going on in Finland, Salovaara said.

© Flickr / Fisheries Consulting
New Lows: Finnish Media Panics, Cries Wolf After Discovering Underwater Cables
Last week, the Finnish government freaked out after three unknown cables were found on the bottom of the sea in its territorial waters. Two of the cables were hydrophone cables, while the third one is likely to be a connection cable. The cables had microphones in them and are used to detect submarines.

As of late, Scandinavian countries have been on high alert, fearing an alleged Russian threat in the area. It was Sweden first who became particularly obsessed with the threat of "Russia's possible aggression," after the government in Stockholm allegedly spotted a Russian submarine in its territorial waters. Although the Swedish military claimed the submarine was Russian, it could neither confirm where it came from nor locate the mysterious submarine.

Finland Sends Instructions to Military Reservists Amid Tensions With Russia