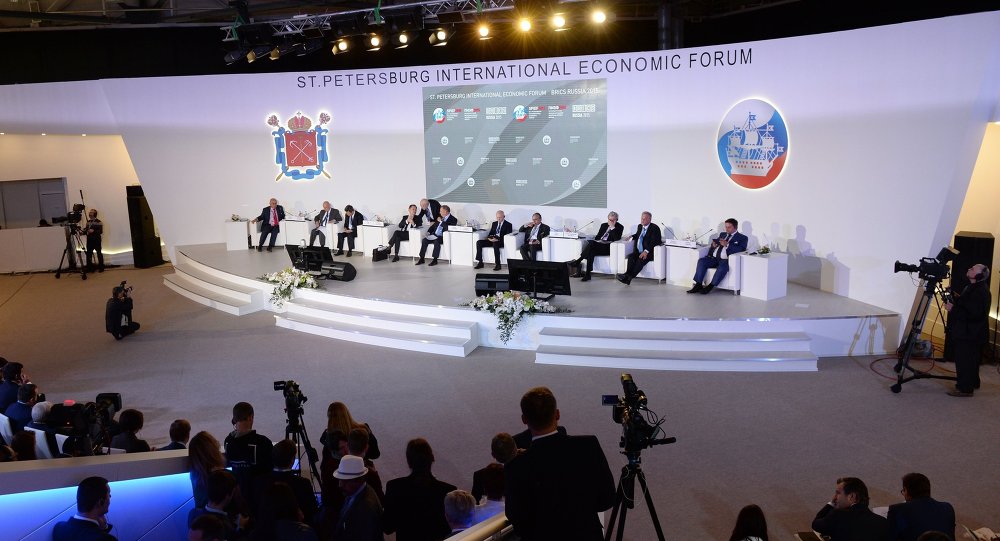 BRICS, AIIB Not a Challenge, But a Wake-Up Call for West – IMF Executive

As the St. Petersburg International Economic Forum entered its second day on Friday, Sputnik sat down with Paulo Nogueira Batista, executive director for Brazil and ten other countries at the IMF, to talk about the role played in the world by the five-nation BRICS and other emerging economies.

© Sputnik / Alexei Danichev
Putin: Russia Ready to Cooperate With West Despite Work With BRICS, Latin America
Mr. Batista said that Brazil, Russia, India, China and South Africa, which make up the BRICS, could make their contribution to changing global governance and impact the decisions made by the world’s leading industrial powers.

“I believe that by joining forces we could make a difference,” he said, adding that countries in the emerging world, which make a great contribution to the international debate, countries like BRICS, could act independently from the West.

“Although the BRICS countries have a greater weight in the global economy, institutions like the IMF or the World Bank, do not reflect this new world because they are too much tied up to their North Atlantic origins,” Mr. Batista noted.

When asked whether the upcoming BRICS Bank and China’s Asian Infrastructure Investment Bank are posing a real challenge to the IMF, the World Bank and the Asian Development Bank, Mr. Batista said that BRICS would not go all the way in creating their own institutions if the ones existing in Washington were working well.

When asked what would happen if no deal is reached on the Greek debt by the June 30 deadline, Batista said that in this case both Europeans and the Greeks would be in for a rough ride because such events, happening even in small countries like Greece, can have dangerous repercussions.

The key to breaking this impasse is a mutually acceptable compromise. Greece is ready for such a compromise if it is reciprocated by its creditors. We are talking about a partial solution  where the Greek government makes  structural reforms compatible with its political mandate and the troika of international creditors  makes concessions showing its  willingness to restructure the Greek debt. We need a partial solution that would give both sides some more time for a more sustainable solution to the crisis, Paulo Nogueira Batista noted.

Moving to the situation in Ukraine, he said that the country had three programs with the IMF but none of them proved successful.

“Now they have a fourth program with the IMF… It’s very problematic because of the existing political and military crisis there. Ukraine has a large external debt, mostly with foreign investment funds, which needs to be settled before the end of this month. The IMF can’t just disburse money which Ukraine will subsequently use to pay its investors… The IMF needs to ask these investors to contribute to reforming the Ukrainian economy with a substantial debt restructuring, but this is still not there…”

The IMF is risking its financial integrity because it lends money to a country in a problematic financial situation, and its reputation by endorsing programs that might not be feasible in the case of Ukraine, Paulo Nogueira Batista said in conclusion.