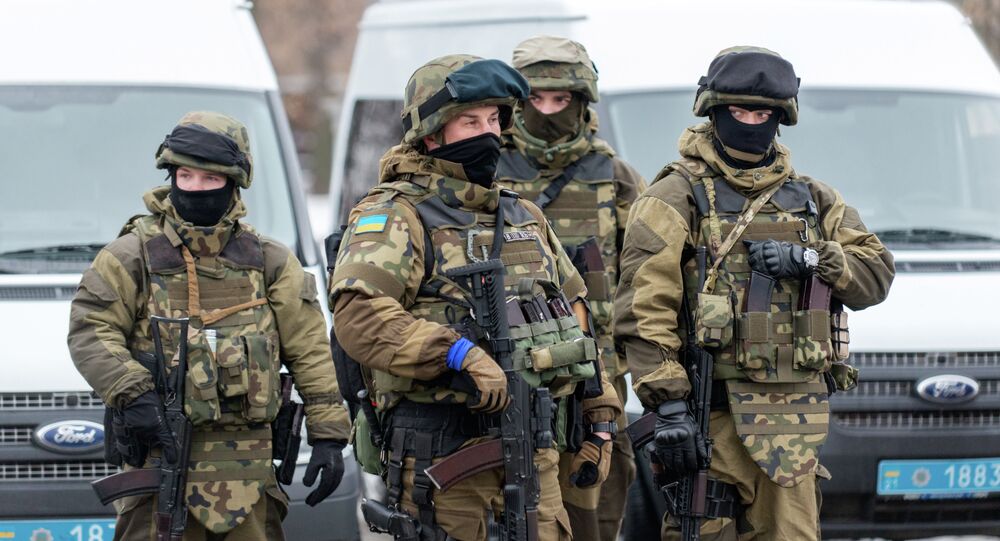 A working meeting took place in the headquarters of the Ukrainian National Guard in Kiev. Representatives of the US delegation expressed hope for conducting joint exercises in the near future.

© AFP 2021 / GENYA SAVILOV
US Uninvolved in Training of Ukraine’s Azov Battalion - Pentagon
Commanding officers of Ukraine’s National Guard held a meeting in Kiev with their colleagues from the California National Guard, the press office of the Ukrainian entity reported.

"A working meeting took place at the headquarters of the Ukrainian National Guard. A range of specific issues on cooperation were on the agenda. Representatives of the US delegation expressed hope for conducting joint exercises in the near future," the report read.

On Thursday, the US Senate passed by a veto-proof majority the $612 billion National Defense Authorization Act (NDAA) to fund the US Armed Forces through 2016. The NDAA approves some $200 million in lethal military assistance to Ukraine.