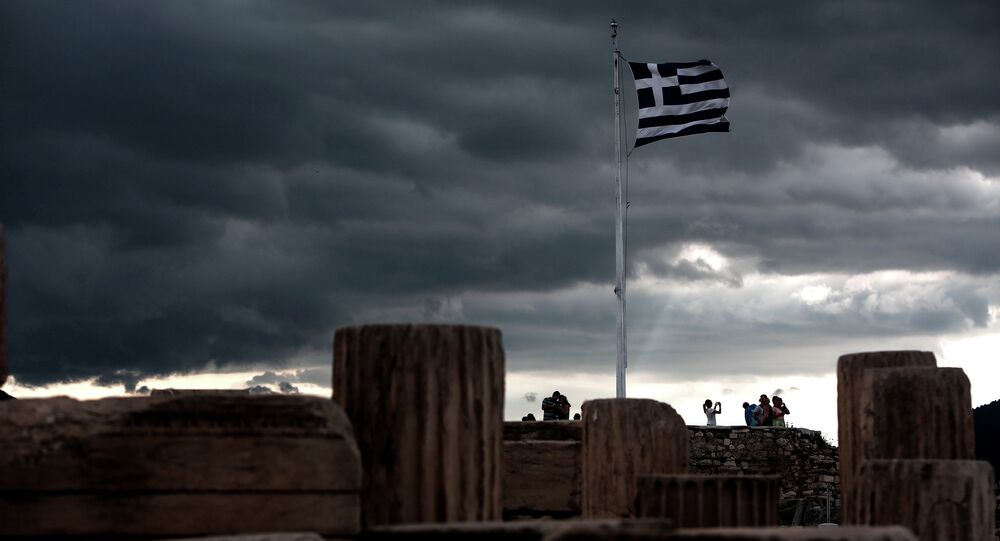 The Greek Energy Ministry said that the president of the BRICS New Development Bank, Kundapur Vaman Kamath, said that he would support a Greek decision to become a member of the bank member.

MOSCOW (Sputnik), Anna Liatsou — The president of the BRICS New Development Bank (NDB), Kundapur Vaman Kamath, said that he would support a Greek decision to become a member of the bank member, the Greek Energy Ministry said in a statement Thursday.

"The president of the BRICS New Development Bank… underlined that he would be positive about this [Greek membership] application, while [Russian Deputy Finance Minister] Sergei Storchak stressed the Russian support for Greek participation," the ministry said.

© Sputnik / Maksim Blinov
Hellenic Petroleum to Benefit From Greece's Membership in BRICS Bank - CEO
In mid-May, the ruling Greek party Syriza said that Russian Deputy Finance Minister Sergei Storchak, who is also a representative of the BRICS Development Bank, invited Greece to become the sixth member of the financial institution.

Later in May, a source in the Greek government told Sputnik that Greek Prime Minister Alexis Tsipras was likely to discuss his country’s membership in the bank with the BRICS leaders during the St. Petersburg International Economic Forum, being held on June 18-20.

Five major developing economies — Brazil, Russia, India, China and South Africa — signed an agreement to establish the NDB at a July 2014 summit in Fortaleza, Brazil. The bank, seen by many as an alternative to the US-dominated World Bank and the International Monetary Fund (IMF), is expected to focus mainly on funding major infrastructure projects.