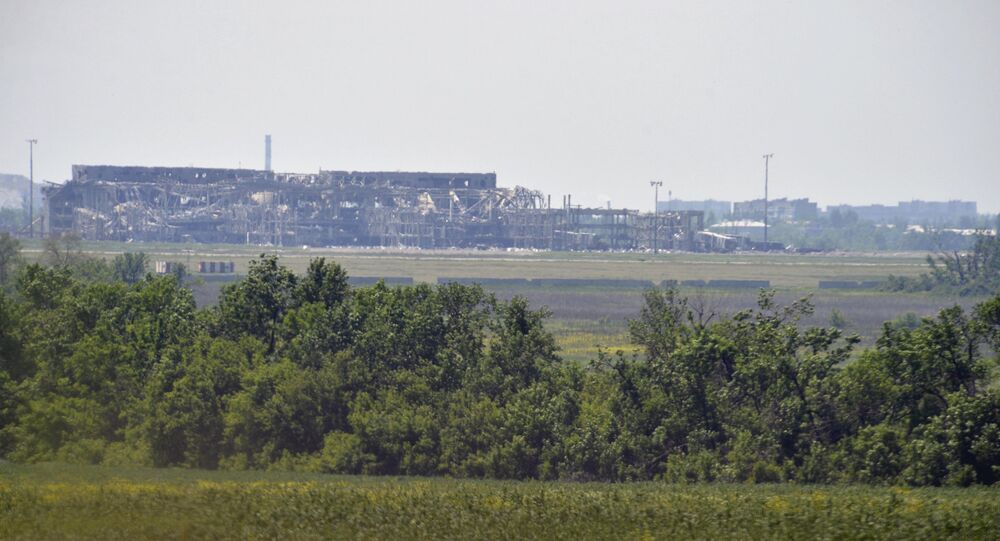 The Organization for Security and Cooperation in Europe (OSCE) report on the ceasefire in Donbass noted that Russian monitors prevented two attacks at the Donetsk airport, which the Ukrainian side confirmed.

The Russian representative at the OSCE Special Monitoring Mission (SMM) reported that the Russian officers at the Joint Centre for Control and Coordination (JCCC) prevented two attacks at the Donetsk airport on Tuesday, which the Ukrainian representatives confirmed.

No details were given by the OSCE report on the circumstances of the attacks or their perpetrators. The observers noted that the situation around the airport was otherwise calm, with reduced shooting and explosions heard. The Donetsk airport was the scene of heavy fighting in 2014, with self-proclaimed Donetsk People's Republic eventually taking over the all-but-destroyed facility.

"The Russian Federation Lieutenant-General highlighted that two possible attacks had been stopped on 15 June around the area of Donetsk airport, due to early intervention by the Russian Federation JCCC representatives. The Ukrainian Major-General, Head of the Ukrainian side to the JCCC, confirmed that the former reacted promptly to their request for action," the OSCE release said.

© AFP 2020 / SERGEI GAPON
Contact Group Arrives in Minsk Amid Resumed Hostilities in Ukraine
The OSCE report also noted that internally displaced persons within Ukraine had difficulties accessing jobs and housing "due to negative attitudes among the local population," according to an NGO which deals with the issue.

The report added that the SMM was prevented by Ukrainian forces from accessing a government-held town near Lugansk and a facility where anti-tank missiles which were supposed to be withdrawn according to the Minsk agreements were held. The SMM group was also held up for ten minutes before accessing a DPR facility while guards communicated with their superiors on the phone.