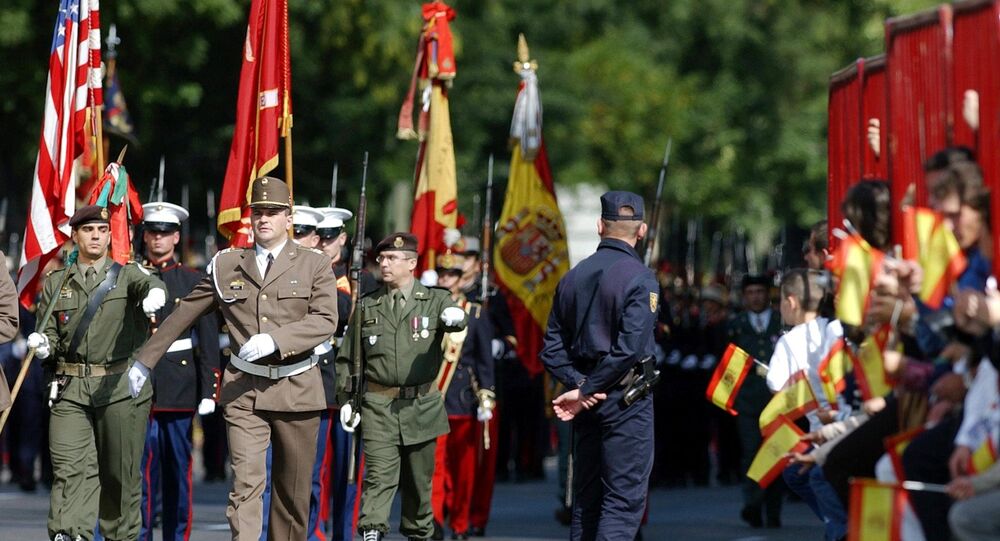 Spain and the United States will sign an agreement for a permanent US Marine Corps presence at an air base in the south of the country.

© Flickr / DVIDSHUB
US to Form Permanent Military Base in Spain for African Missions
MADRID (Sputnik) — Spain and the United States will sign Wednesday an agreement for a permanent US Marine Corps presence at an air base in the south of the country.

"Given the worsening situation in the areas close to our territory, we have reached an agreement with the United States to expand its capabilities in Moron and make them permanent," Spain's Defense Minister Pedro Morenes said Wednesday, explaining the necessity of the deal in the local parliament, quoted by local media.

The agreement was to be signed on June 1, but United States Secretary of State John Kerry had to cancel his visit to Spain due to an injury sustained in a cycling accident in the French Alps.

© AFP 2020 / CRISTINA QUICLER
Spain to Extend US Military Presence at Southern Air Base
The agreement authorizes Washington to increase the US contingent at the Moron Air Base from 850 to nearly 3,000 service personnel in the event of a crisis and to keep 2,200 personnel under normal circumstances, as well as boosting the number of US military aircraft from 17 to 26.

After the 2012 deadly attack on the US mission in Benghazi, the United States asked Spain to make the Moron base available for to use as a rapid response staging area to emergency situations in Africa.

Initially, Madrid allowed 550 US marines to be based at Moron. In 2014, Spain extended the mandate and agreed to increase the total number of US personnel to 850.

US Missile Defense Ship to Arrive in Spain in Fall 2015