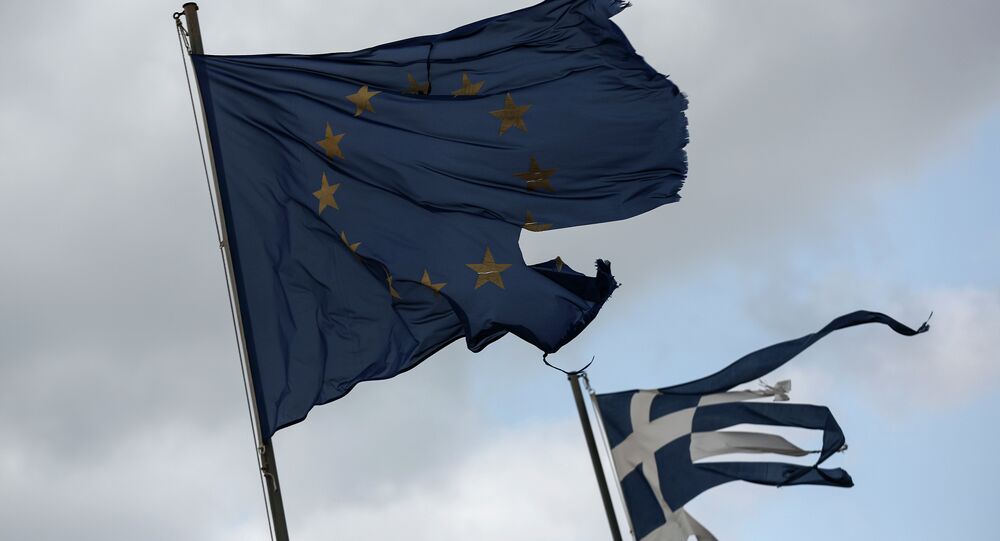 The majority of Germans want Greece to quit the single-currency euro area after months of bailout talks brought no resolution to its standoff with creditors, a new opinion poll by the UK-based research firm YouGov revealed on Wednesday.

© AP Photo
All G7 Leaders Want Greece to Remain in Eurozone – Merkel
MOSCOW (Sputnik) – The June survey showed that 58 percent of those polled in Germany would prefer to see Greece out of the single currency zone, while only 28 percent think Greece should stay.

This comes a day before the 19 Eurogroup finance ministers are due to meet in Luxembourg for crucial talks with Athens, as the cash-strapped country moves closer to the June 30 deadline to repay its $1.7-billion debt to the International Monetary Fund (IMF) or face a default.

The same YouGov poll found that some 49 percent of Germans think Greece will no longer be part of the eurozone in six months’ time, although, just as many respondents said they did not think a Grexit is likely.

Crisis negotiations between Athens and its three main lenders – the IMF, the European Commission and the European Central Bank – ground to a halt last weekend when IMF officials left the talks, citing an alleged lack of progress on an acceptable reforms plan for Greece.