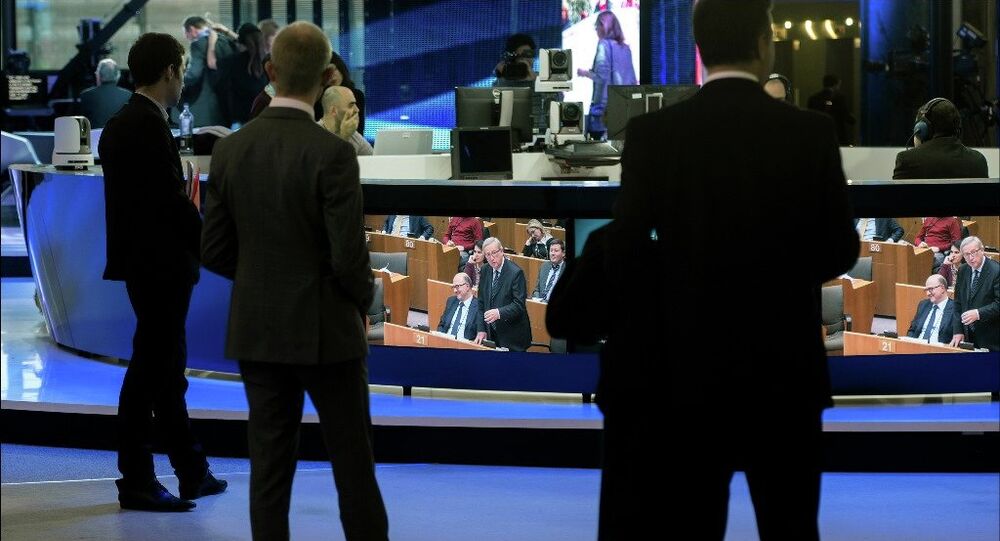 The European Commission is set to adopt an Action Plan to tackle corporate tax avoidance and promote growth-friendly taxation in the Single Market despite an uphill battle against global giants such as Apple and Starbucks, as well as some hypocritical member states.

The European Commission's plans unveiled Wednesday include a strategy to re-launch the Common Consolidated Corporate Tax Base (CCCTB), along with other actions to reinforce the link between taxation and economic activity.

It comes just weeks after the Commission opened three in-depth investigations to examine whether decisions by tax authorities in Ireland, The Netherlands and Luxembourg with regard to the corporate income tax to be paid by Apple, Starbucks and Fiat Finance and Trade, respectively, comply with the EU rules on state aid. The opening of an in-depth investigation gives interested third parties, as well as the three Member States concerned, an opportunity to submit comments. It does not prejudge the outcome of the investigation.

"In the current context of tight public budgets, it is particularly important that large multinationals pay their fair share of taxes."

"Under the EU's state aid rules, national authorities cannot take measures allowing certain companies to pay less tax than they should if the tax rules of the Member State were applied in a fair and non-discriminatory way."

Europe: a Haven of Smoke and Mirrors

However, it will face a backlash from countries such as the UK, Ireland and Luxembourg — all of which allow large multinationals to pursue specialized schemes to reduce their tax burden.

In 2011, Global tech giant Apple, which has a huge campus in California, employing over 12,000 staff, announced that $22 billion of its profits  — almost two-thirds of its global profits — were made by a handful of companies registered in the group's relatively modest offices north of Cork, in Ireland. The country has a very favorable corporate tax rate of 12.5 percent.

Luxembourg is also home to many shell companies where profits of multinationals book their profits on transactions made elsewhere. Embarrassingly, its former Prime Minister is Jean-Claude Juncker, the current President of the European Commission. Juncker was Prime Minister of his native country from 1995 to 2013, as well as Minister for Finances from 1989 to 2009, during which time he proudly boasted of the duchy's benign tax regime.

The UK's tax system allows for loopholes that companies can exploit to offshore profits and reduce their tax bill in the UK, using global tax havens, such as Anguilla, Bermuda, the British Virgin Islands, the Cayman Islands, the Turks and Caicos Islands, Gibraltar and Montserrat —as well as the Crown Dependencies of Jersey, Guernsey and the Isle of Man.

The UK Prime Minister David Cameron is under pressure to join with the EU and the G20 to stamp out corporate tax avoidance — the legal method of exploiting the system to reduce company tax bills.

© Flickr / Luke Dorny
Amazon Forced to Re-Shape Company as It Bends to EU Tax Rules
Yet he is also committed to retaining tax matters at country level and — indeed — is calling for the repatriation of some tax powers back to London from Brussels.

The UK has among the lowest rate of corporation tax in Europe, at 20 percent. Any harmonization of tax rates across the EU could adversely affect UK companies that pay tax in Britain.

As the European Commission meets to take forward its plans for tax transparency to battle against global giants avoiding taxes in Europe, it will have to battle individual countries where there is little appetite for a harmonized Brussels-based tax system.