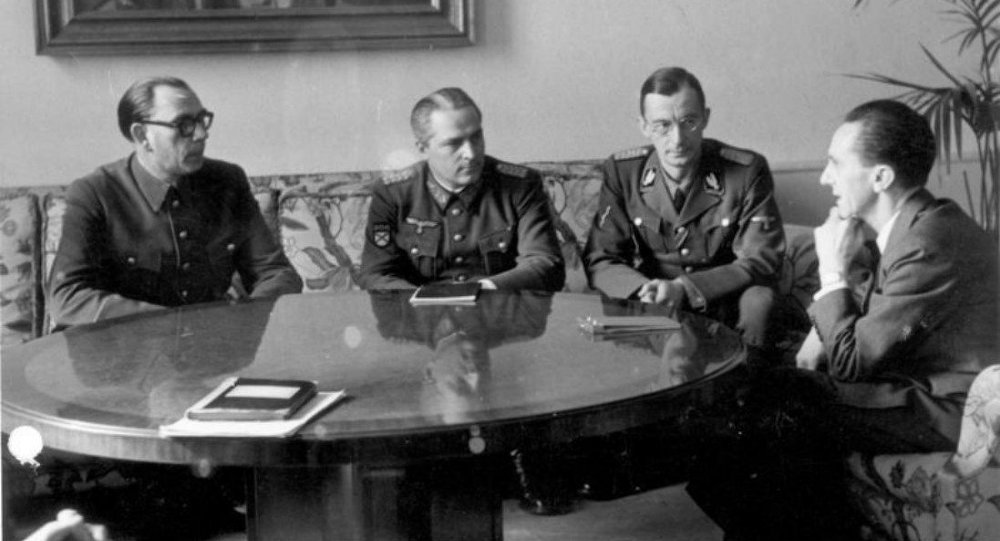 Over the weekend, when Prague's House of National Minorities celebrated the city's Museum Night with concerts, dancing, and national dishes, the Russian minority was represented by a group that is known for its glorification of WWII Nazi collaborator General Andrei Vlasov.

The bizarre story unfolded Saturday, when Prague residents and the city's guests came out to enjoy Museum Night, a free cultural event promoting museums and galleries. Alongside nearly fifty cultural institutions participating in the festival was the House of National Minorities, a government supported project aimed at "facilitating inter-ethnic understanding and overcoming any prejudices that citizens might have regarding certain ethnic groups and nationalities."

While other minorities, among them Slovaks, Poles, Germans, and others, offered the kinds of cultural events one might expect, including concerts, dancing, traditional food, literature, etc., the Russian minority, represented by the conservative organization "Russian Tradition," had something completely different in mind. They decided to use the cultural evening to present a book on the so-called 'Prague Manifesto' of the Committee for the Liberation of the Peoples of Russia (CLPR), a coalition of ultranationalists and anti-communists which collaborated with Nazi Germany during the Second World War. The CLPR's aim was to create a German-friendly "Free People's state without Bolsheviks and exploiters."

"Presentation on the Proceedings of the conference dedicated to the anniversary of the CLPR Manifesto."

Written and presented in occupied Prague in November 1944, on the eve of the destruction of Hitler's Reich, the manifesto, approved by Reichsfuhrer Heinrich Himmler, was the precursor to the formation of Andrei Vlasov's Russian Liberation Army (ROA), a group of ethnic Russians, many of them ex-POWs, who volunteered to fight on the side of the Germans against the Soviet and Allied armies. 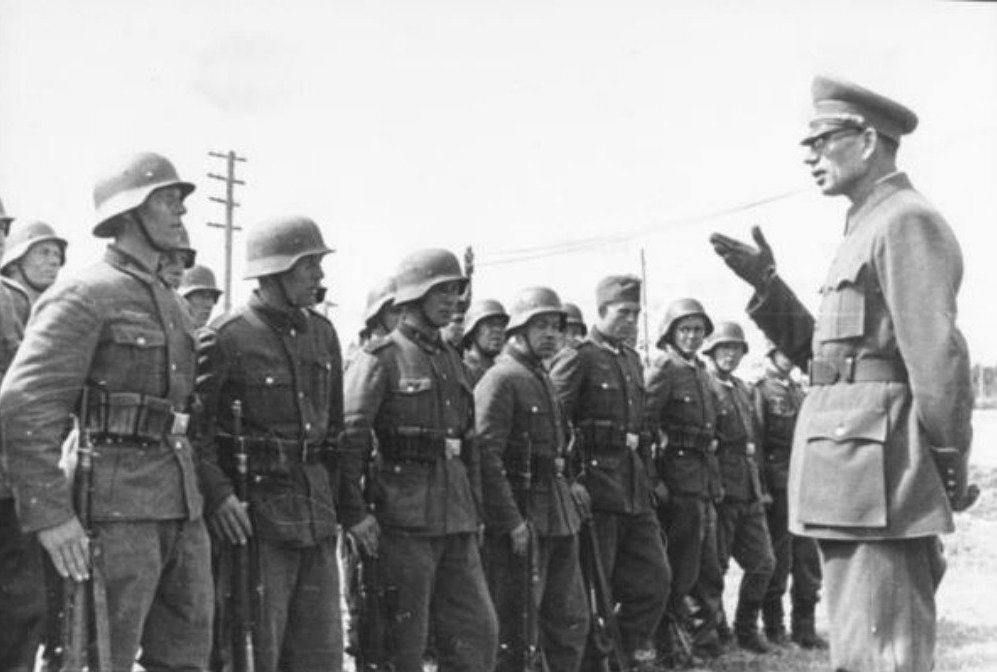 Prague residents have mixed feelings about the ROA, with elements of one of their infantry divisions switching sides a few days before the end of the war to support Prague's uprising against German occupation prior to its liberation by Soviet forces. However, for a vast majority of Russians and the other peoples of the former Soviet Union, Vlasov and the ROA are traitors, allied with a power that sought the wholesale slaughter and enslavement of the Soviet people.

Saturday's conference was marked by the presentation of a book based on a conference held in Prague last November dedicated to the "historic role of the Prague Manifesto and on events of our time." Prague authorities had allowed the November conference to be held in Prague Castle, where the original Manifesto was presented. In 1944, the ceremony was attended by Karl Hermann Frank, the head of the Protectorate of Bohemia and Moravia known for his brutality against the civilian population. 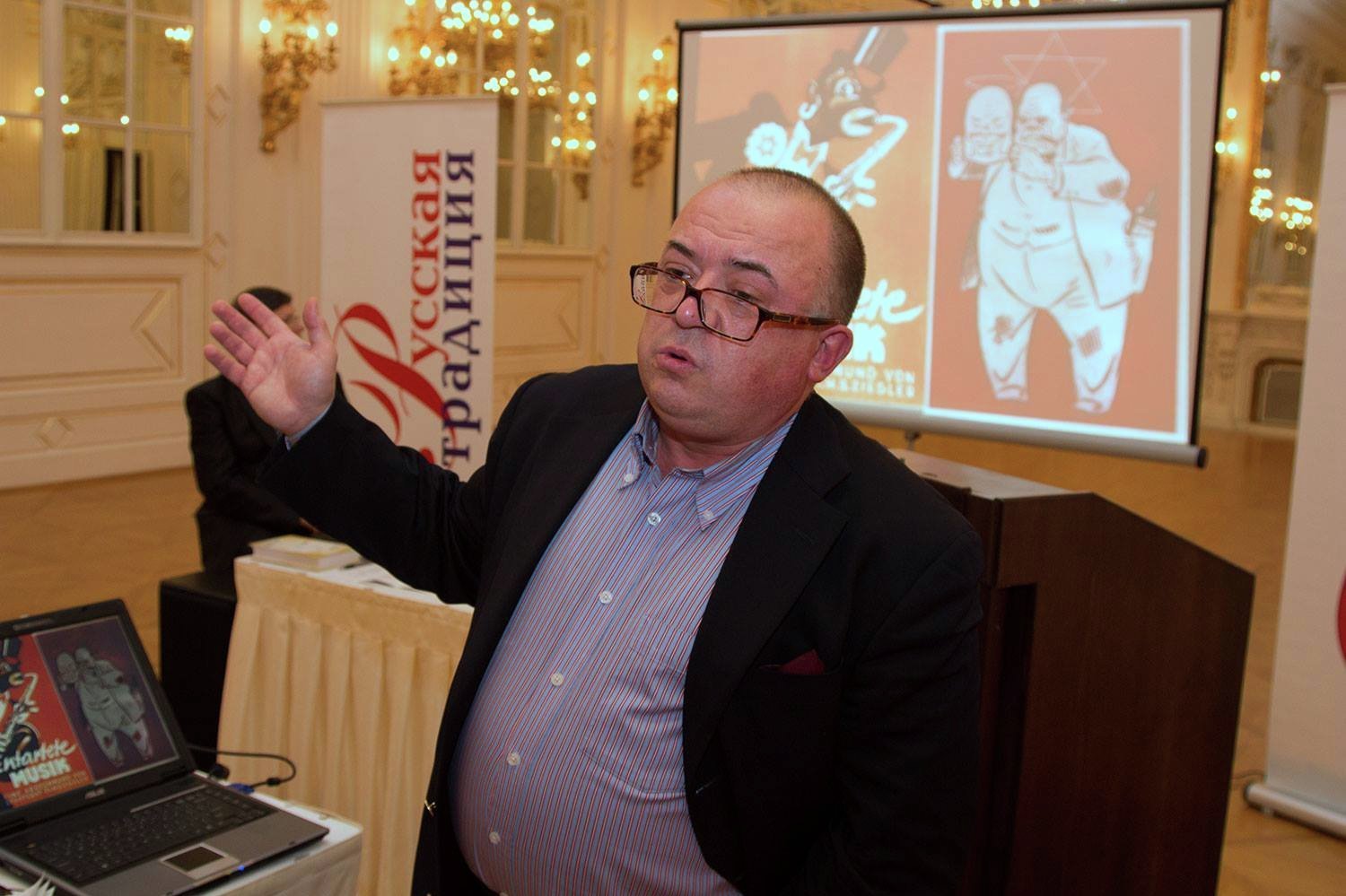 Facebook / russkoe slovo
A photo from the lecture marking the 70th anniversary of the creation of the Prague Manifesto, celebrated in Prague Castle.

Facebook / russkoe slovo
Pro-ROA figures were allowed to mark the anniversary of the Prague Manifesto in the same location where the original declaration was proclaimed by General Vlasov in November, 1944.

Speaking to the Russian-language portal of Radio Prague, blogger Ilya Lazarenko seemed overwhelmed with joy over the authorities' apparent support for the Vlasov movement, noting that "it warms the soul and is a very important indicator that the history of the Vlasov movement is becoming important not just for Russians but for the Czechs as well."

Lazarenko told Radio Prague that the Prague Manifesto and the Vlasov movement are "of great relevance for contemporary Russia. In Russia, we are seeing a restoration of Sovietism, the restoration of Stalinism. In fact, the Russian leadership is preparing to restore the Soviet Union within the borders of the Russian Federation and perhaps maybe even outside of them."

In Lazarenko's words, "the idea of the Vlasov Manifesto is one of implacable and resolute struggle against totalitarianism and communist dictatorship. It is very important today." The pro-ROA blogger found support from 'Russian Tradition' chairman Igor Zolotarev, who told Radio Prague that the manifesto represented freedom, and posed questions to his interviewer about the nature of fascism, how it was fought, and how the Second World War itself should be understood. The answers arrived at by the Nuremberg trials in the aftermath of the war, stating that fascism and Nazism were monstrous ideologies responsible for the slaughter of tens of millions of people, seem unacceptable to him.

© AP Photo / Thibault Camus
Czech President to Attend Moscow Parade Out of Gratitude to Soviet Army
Russians living in the Czech Republic have observed a recent uptick in assistance for all sorts of groups opposed to the Russian government, with a simultaneous decline in support observed for groups that are considered too supportive of the Kremlin. Earlier this year, the Czech Ministry of Culture cancelled a grant supporting Russian student magazine Artek. Receiving 300,000 koruna (equivalent to about $13,000 US) in 2014, the minority magazine received no funding this year, with the ministry explaining that its editor, Alexander Barabanov, had participated in political demonstrations and made "ambiguous statements" about events in Ukraine. Barabanov, born in Kiev, responded to the cuts by noting that he simply wanted to state his position on the situation in his own country. Czech media speculate that the magazine will be unlikely to receive any additional funding until its editors are replaced.
...
Reddit
Google+
Blogger
Pinterest
StumbleUpon
Telegram
WhatsApp
416