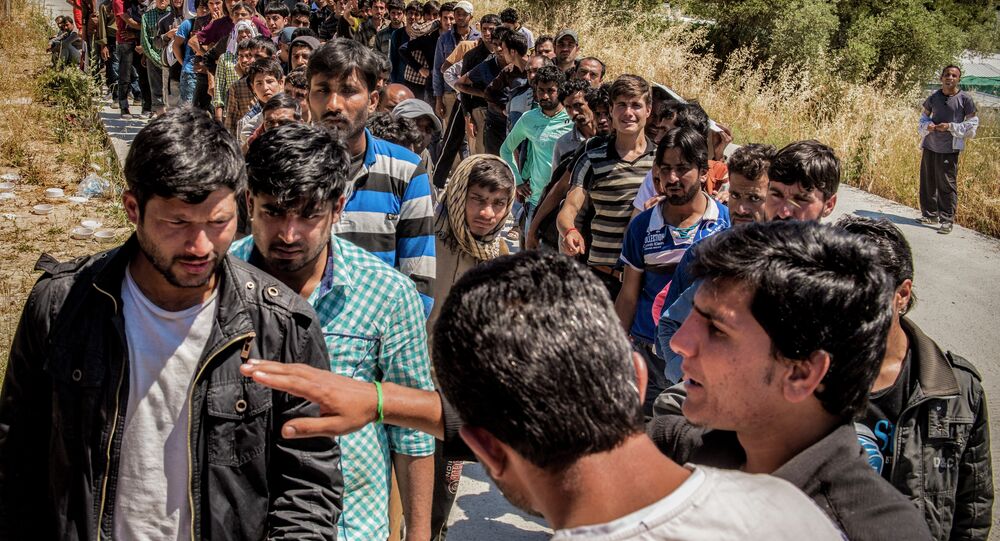 Europeans See Immigrants as Threat Due to One-Sided Media Coverage

Western Europeans see immigration as a threat, aided and imbedded by the power of visual image, according to Stanford University Senior Fellow Dennis Bark.

© AFP 2020 / GABRIEL BOUYS
EU Right-Wing Parties Using Migration Fears to Fuel Growth
WASHINGTON (Sputnik) — Europeans see immigration as a negative force because some forms of mass media tend to focus on refugees looking for financial assistance rather than immigrants who contribute to the economy of the European Union, experts told Sputnik on Monday.

"In the long run, immigration can be a very positive force, however…Western Europeans see immigration as a threat, aided and imbedded by the power of visual image," Stanford University Senior Fellow Dennis Bark said.

A recent poll, conducted by ICM Research exclusively for Sputnik, revealed that Europeans consider the high-level of immigration to Europe and the disillusionment in the European Union to be among the main reasons behind the growing support for Eurosceptic parties, some of them are in favor of tightening immigration control.

Bark noted that television news broadcasts show boatloads of immigrants who have no money, no jobs and no places to live.

© AP Photo / Lefteris Pitarakis
Euroscepticism Rises in Response to Brussels Inefficiency
"So the Europeans say to themselves: ‘Who is going to pay for all that, and why should I pay for it?’" he said.

European Council on Foreign Relations Senior Policy Fellow Susi Dennison told Sputnik that some sections of the media tend to show people seeking refugee status, when in fact the majority of immigration to Europe is economic.

"To some extent, there is a need for breaking down of the view of what immigration is," she said.

Dennison, who described the impacts of immigration on the example of the United Kingdom, said people tend to notice some problems at local level, including pressure on certain public services.

"But that is extremely micro level, and if you think about the UK as a whole, then there is there is no question that immigration is a positive force in the economy," Dennison added.

Economic immigrants, she noted, have a positive impact on governments’ tax intake, diversification of economies and the number of new enterprises.

© AFP 2020 / Emmanuel Dunand
EU Commission Insists Member States Will Be Forced to Accept New Migrants
Bark said the best way to deal with the problem in perception is through communication, good and thorough reporting, as well as creating an educated public.

"Good decisions are made by people who have access to good information, so they are doing something on the basis of knowledge, not ignorance," he added.

In May 2015, the European Commission proposed to relocate some 40,000 asylum seekers who arrived to Italy and Greece to other EU member states as part of its agenda to tackle the migration crisis. However, several EU member states have outright opposed the plan to distribute refugees within Europe.