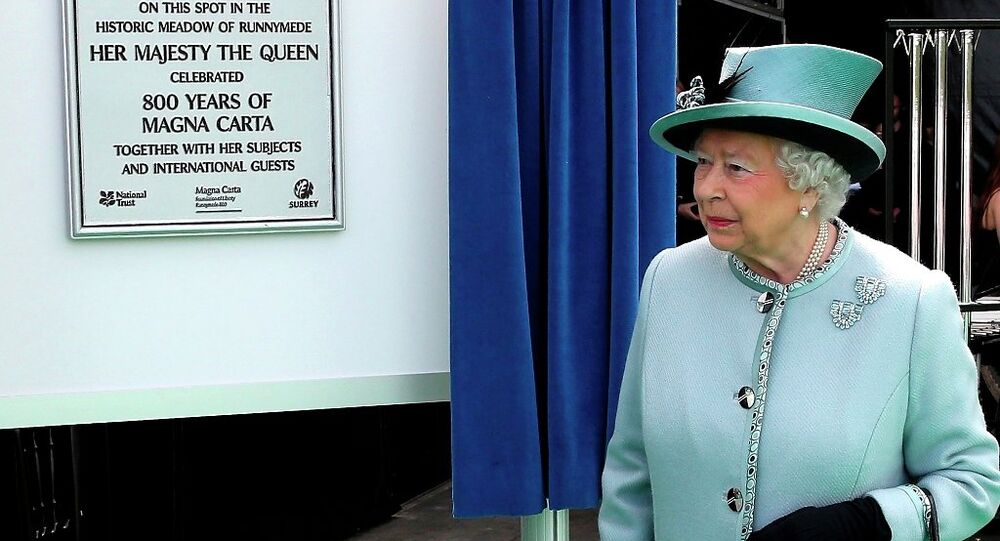 The 800th anniversary of the Magna Carta is being celebrated in Britain at a time when critics of the Conservative government say ministers are eroding democracy and human rights with new surveillance laws and moves to scrap the Human Rights Act.

The Magna Carta — was imposed upon King John in 1215 by a group of subjects — the barons — to limit his powers by law and protect their rights. Last year David Cameron said that it "paved the way for democracy, equality, respect and the law that makes Britain, Britain."

As we celebrate its 800th anniversary, we must pledge to keep #MagnaCarta's principles alive for future generations pic.twitter.com/TFN3aO4Y1Q

"For centuries, it has been quoted to help promote human rights and alleviate suffering all around the world. But here in Britain, ironically, the place where those ideas were first set out, the good name of 'human rights' has sometimes become distorted and devalued. It falls to us in this generation to restore the reputation of those rights — and their critical underpinning of our legal system. It is our duty to safeguard the legacy, the idea, the momentous achievement of those barons."

"And there couldn't be a better time to reaffirm that commitment than on an anniversary like this."

But while David Cameron today hails the magnificence of the Magna Carta and its values, only last month he revealed the party's steadfast intention to scrap the Human Rights Act and replace it with a British Bill of Rights and Responsibilities. The intention is to limit the power that the European Court of Human Rights has over courts in Britain.

800 years on from #MagnaCarta, our human rights are under threat. Stop the rollback: http://t.co/YZr1DKaJaV pic.twitter.com/mOZso2u07M

And speaking on the 800th Anniversary of the Magna Carta, Stephen Bowen, Director of the British Institute of Human Rights, said:

"For centuries, the Magna Carta has stood for the idea that government power is subject to the rule of law. Today, the most fitting tribute to the Magna Carta would be for the government to scrap its plans to scrap our Human Rights Act, which protects us all from the power of the state."

"That would truly demonstrate that the legacy of Magna Carta is not simply legend but lives on here at home."