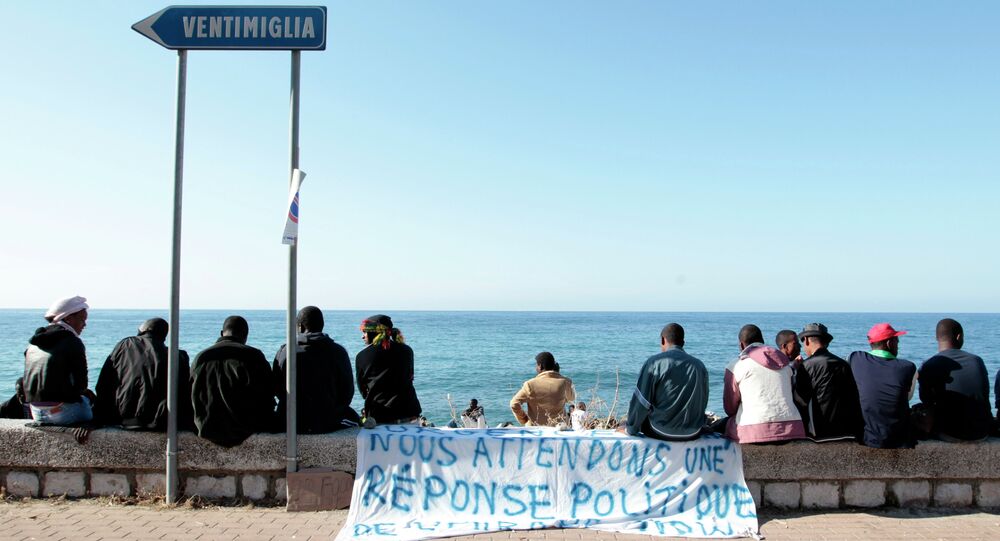 Rome was prepared to unleash migrants on Europe, by allowing them to cross into other Schengen countries, according to media reports.

Italy has been appealing to Brussels to help it deal with the surging wave of migrants that have been crossing in their thousands to its southern waters from Africa over the past months.

Following an interview on Sunday with Italian Prime Minister Matteo Renzi, the newspaper revealed that Rome was prepared to unleash migrants on Europe, by allowing them to cross into other Schengen countries.

© AP Photo / Alessandro Di Meo/ANSA
Skepticism Grows Over EU Plan to Sink Migrant Ships in Mediterranean
The package of possible measures Italy is considering includes prohibiting foreign ships that pick up migrants in the Mediterranean Sea from delivering them to Italian ports, instead forcing them to bring those rescued back to their ports of embarkation in North Africa.

The paper quoted Renzi as warning, on Sunday, that Rome might be forced to implement its "Plan B" if Brussels refuses to "choose the path of solidarity" with crisis-stricken Italy, which is regarded by African and Middle Eastern asylum seekers as a gateway to Europe.

Italy has received as many as 57,000 asylum seekers in 2015, the minister told the newspaper.

The news comes as the European Commission is debating an initiative to redistribute 24,000 refugees currently in Italy among other EU member states. Although, the scheme has been opposed by many EU governments, such as the United Kingdom, which has long been threatening to close its doors to migrants from both EU and non-EU nations.