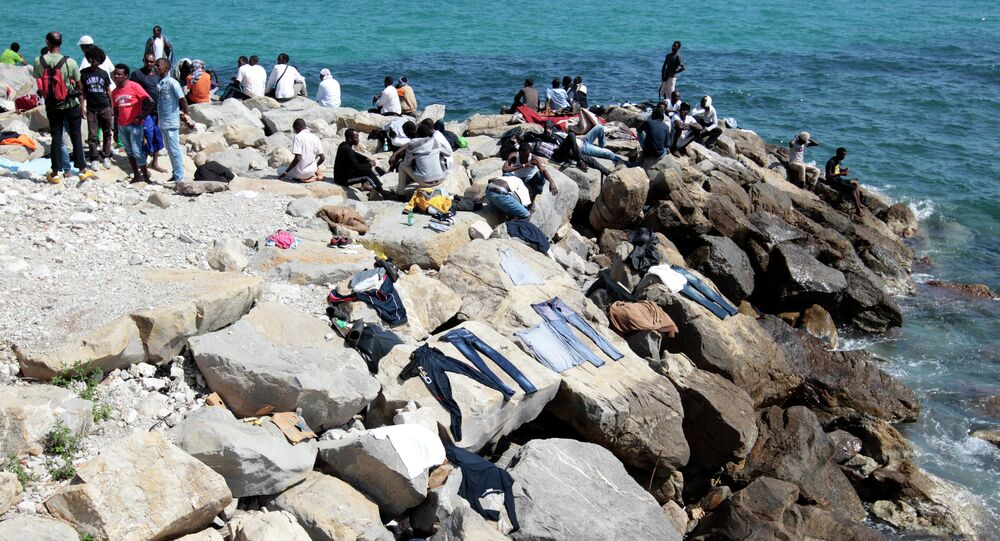 European Commissioner for Migration Dimitris Avramopoulos will discuss the problem of migrants stranded on the France-Italy border with interior ministers of the two countries.

Last week, Paris blocked the entry of dozens of African migrants in Ventimiglia, an Italian town on the border with France. Italian Interior Minister Angelino Alfano has criticized the French customs officers' actions, calling them a "slap in the face to Europe," while his French counterpart Bernard Cazeneuve stated it is Rome that must take in the asylum seekers.

"We reiterate that all [EU] member states must comply with the Schengen agreement and the common European system of granting asylum. Given the situation, the European Commissioner Avramopoulos will meet with Interior Minister Cazeneuve and Italian Minister Alfano tomorrow in the Council," EC spokeswoman Natasha Bertaud said.

© AFP 2021 / Emmanuel Dunand
EU Commission Insists Member States Will Be Forced to Accept New Migrants
On Tuesday, a meeting of the EU Council for Home Affairs is due to be held in Luxembourg.

Italy is currently facing an influx of asylum seekers from North Africa and the Middle East.

Recent media reports suggested that the governments of Austria and Switzerland have tightened border controls and expelled migrants coming from Italy.

On Sunday, Austrian police said it will send back to Italy over 20 African migrants who were trying to board a train to Germany. According to Swiss police, 240 illegal immigrants were deported back to Italy during the weekend.