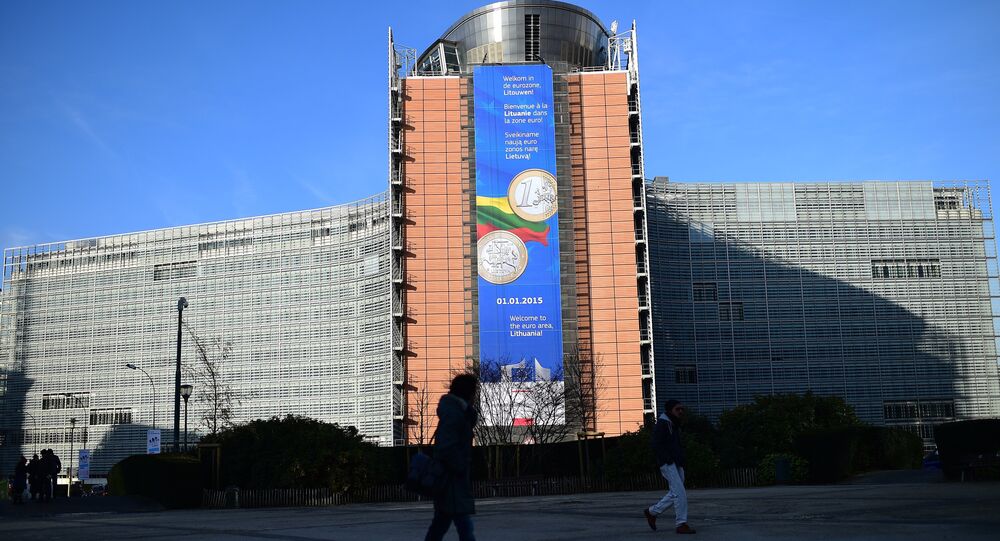 The European Commission (EC) will insist that a proposed system of relocating undocumented immigrants be mandatory for all EU member countries, EC spokeswoman for Migration Natasha Bertaud said Monday.

© AFP 2021 / ERIC FEFERBERG
France, Germany Urge EU to Balance Quota Plan for Migrants
BRUSSELS (Sputnik) – In late May, the EC proposed to relocate some 40,000 asylum seekers from third world countries, who are currently residing in Italy and Greece, to other EU member states as part of its agenda to manage the crisis of undocumented immigration.

The issue will be raised on Tuesday at the Home Affairs Council Of Ministers in Luxembourg.

Europe faces serious problems with undocumented immigration from Northern Africa and the Middle East. According to the United Nations, some 60,000 asylum seekers have tried to cross the Mediterranean, and at least 1,800 of them have died at sea since the beginning of 2015.