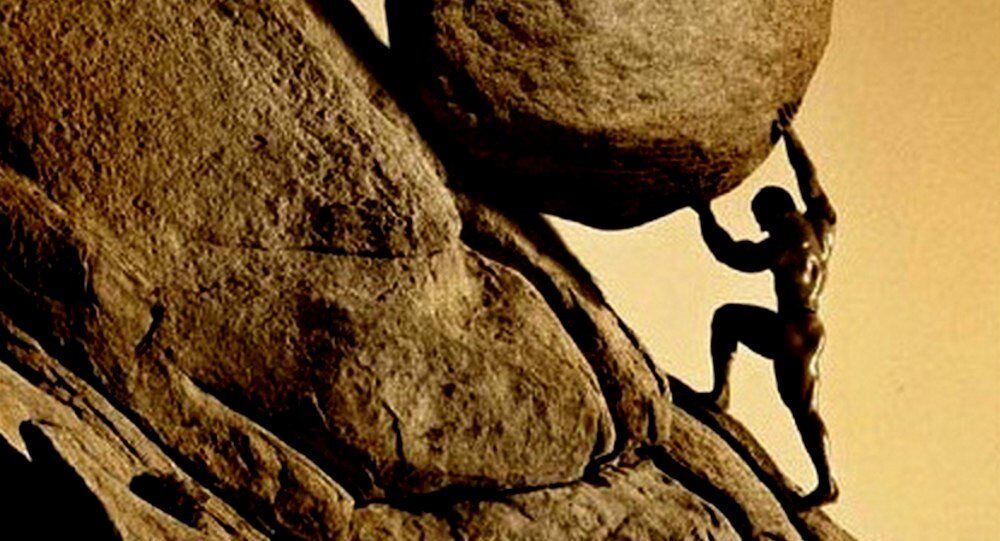 The dramatic dialogue between the Greek government and the European Commission has stopped - but the political rhetoric persists.

"The shadow of an exit of Greece from the Eurozone takes on an ever clearer shape," said German vice-chancellor Sigmar Gabriel, in an interview with tabloid newspaper Bild. Meanwhile, the Greek finance minister Yanis Varoufakis, dismissed the possibility of the Mediterranean country leaving the Eurozone and told the newspaper:

"I rule out a 'Grexit' as a sensible solution. But no one can rule out everything. I can't even rule out a comet hitting Earth."

With the weight of the European Union on his shoulders, Greek Prime Minister, Alexis Tsipras appears to be on a continuous journey uphill to reach a deal to unlock bailout funds. In a statement to Efimerida Ton Syntakton newspaper, Tsipras claimed that — "One can only suspect political motives behind the institutions' insistence that new cuts be made to pensions despite five years of pillaging by the memoranda."

My statement on the negotiations in @EFSYNTAKTON newspaper: This is about #democracy. http://t.co/589HQhqHdo #Greece pic.twitter.com/dO33ONrsZV

However, Tsipras insisted that the Greek government was negotiating a plan with the country's creditors.

"We will patiently wait for the institutions to adhere to realism. Those who perceive our sincere wish for a solution and our attempts to bridge the differences as a sign on weakness, should consider the following: We are not simply shouldering a history laden with struggles. We are shouldering the dignity of our people, as well as the hopes of the people of Europe. We cannot ignore this responsibility."

"This is not a matter of ideological stubbornness. This is about democracy. We do not have the right to bury European democracy in the place where it was born."

According to European Commissioner, Guenther Oettinger, Greece would be considered an "emergency area" if the dialogue and negotiations collapse and the Greek government continue to reject a deal on pension cuts by the end of June.

And Jens Weidmann, head of Germany's Bundesbank is warning that time is running out. EU leaders say Athens has offered no new concessions to secure the money it needs to avoid defaulting on its debt. Athens says it would not give into demands for austerity measures targeting pensions and wages.

Following the breakdown in dialogue and the possibility that Greece is close to defaulting on its debt, it appears people still have a lot to discuss.

Grexit to Cost the World One Trillion Euros in Losses