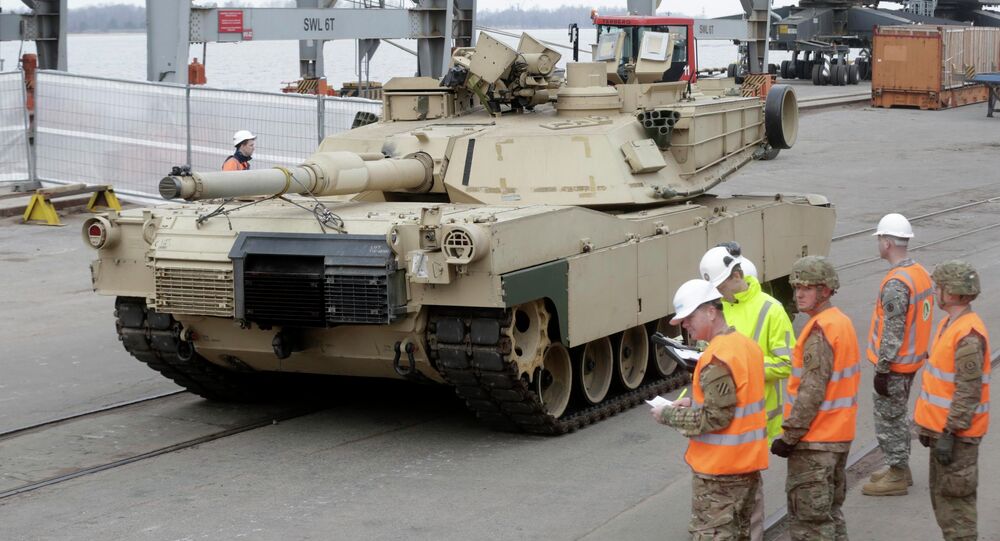 "It is good that NATO’s biggest military power is now serious about ensuring the security of the East European countries," the minister said on Sunday, adding that NATO defense ministers would discuss the matter in Brussels on June 24-25.

© Flickr / Program Executive Office Soldier
Wary of ‘Russian Invasion’, Estonia Designs Mobile Bomb Shelter
The Pentagon is poised to store battle tanks, infantry fighting vehicles and other heavy weapons for as many as 5,000 American troops in several Baltic and Eastern European countries in a bid to deter the alleged “Russian aggression in Europe,” The New York Times wrote on Saturday, citing senior US and allied officials.

Meanwhile, another Baltic state, Lithuania, also supported the idea of hosting heavy arms from the United States, according to the country's Defense Minister Juozas Olekas.

"We think that at least part of it [Abrams and Bradleys] will be in Lithuania and we are in a process preparing our military infrastructure, so it could be used for such pre-positioning. It is almost ready," the Lithuania's minister told Reuters Sunday.

© AP Photo / Marek Lis
Warsaw in Talks on Stationing US Military Warehouses in Poland
If approved, it would represent the first time since the end of the Cold War that the United States has stationed heavy military equipment in the newer NATO member nations in Eastern Europe that had once been part of the Soviet sphere of influence.

As the proposal stands now, a company’s worth of equipment would be stored in each of the three Baltic nations: Lithuania, Latvia and Estonia.

Russia views the idea of moving US heavy weapons and materials to the Baltics and Eastern Europe as a violation of the 1997 agreement between NATO and Russia that laid the foundation for cooperation.

In that agreement, NATO pledged that, “in the current and foreseeable security environment,” it would not seek “additional permanent stationing of substantial ground combat forces” in the nations closer to Russia.