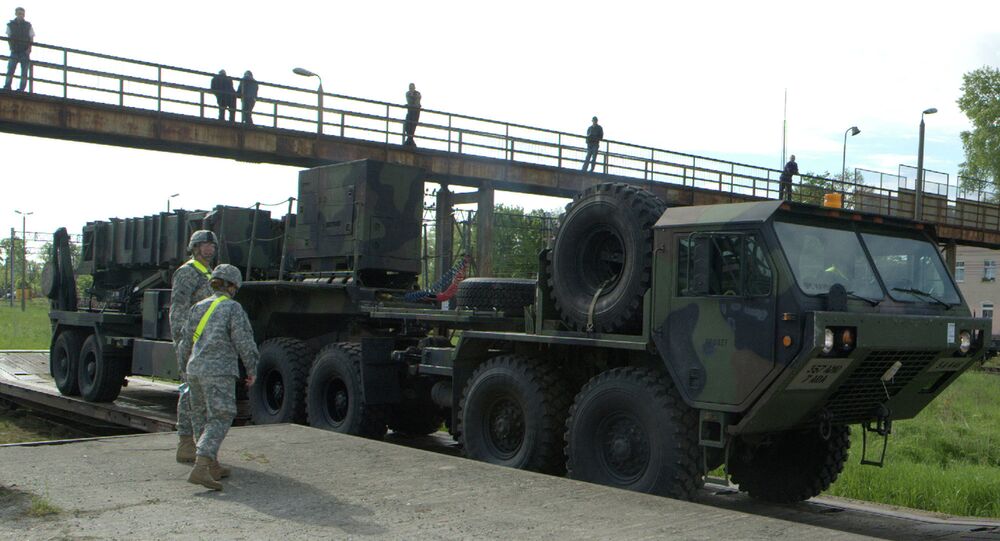 Poland is discussing the possibility of stationing of US Army equipment warehouses in the country with Washington, the Defense Ministry said in Warsaw on Sunday.

The Polish ministry also said on Twitter that Defense Minister Tomasz Siemoniak received assurances during his visit to Washington in May that a decision on stationing the warehouses would be taken soon.

“We are currently discussing the prospect with the Americans. The subject was brought up during my recent meeting in Washington with US Defense Secretary Ashton Carter,” Siemoniak told the Polish Press Agency on Sunday.

Tomasz Siemoniak said that this move would strengthen US' presence in Poland and the region.

“It’s been our longtime wish to have maximum US military presence in Poland and NATO’s entire eastern flank as a whole,” the Polish minister noted.

“The United States is working on a whole package of measures, above all on stationing heavy weapons in Poland and other countries. The Americans have already done this in Europe, for example in Norway… Moving soldiers around is not a problem, but you’ve got to have heavy weapons stationed in potentially dangerous areas. During our talks in Washington last month I received assurances that a decision on stationing the US military warehouses would be taken soon,” Tomasz Siemoniak said.

NATO has been increasing its presence in eastern European allied countries and near Russia's border over the past year, straining relations between the military alliance and Moscow.

In February, NATO announced it would double its Response Force, stationed close to Russia in Eastern Europe, to comprise 30,000 military personnel.