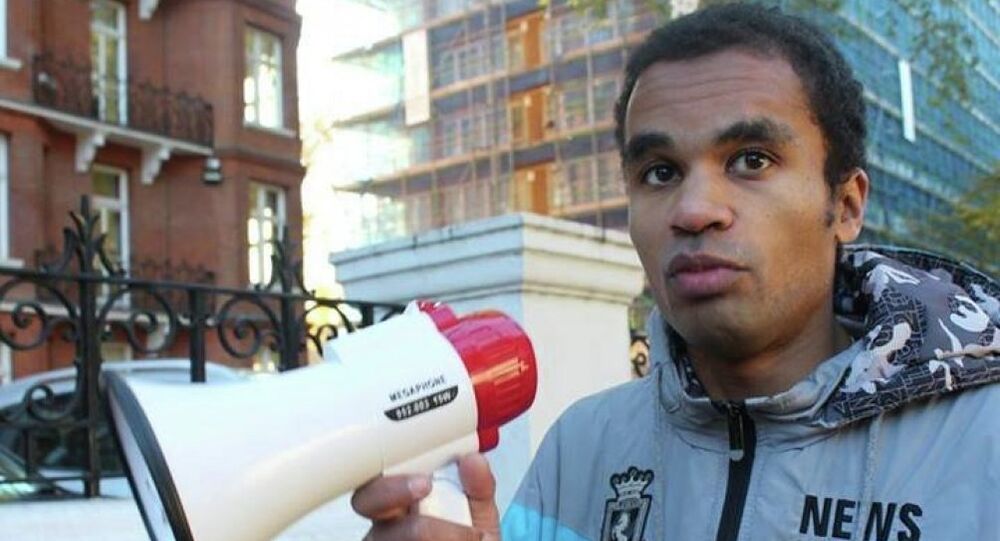 Comrade Beness Ayo has been fighting for free Donbass, and Latvia dislikes it.

Facebook
Meet the 'Black Lenin' Fighting for a Free Donbass
Latvian police have initiated a criminal case against Ayo Beness, a volunteer on the side of the Lugansk People's Republic, also known as Black Lenin, TVnet reported.

Latvian citizen Ayo Beness will face up to 10 years behind bars if he is apprehended, as the recently enacted legislation considers the citizens' participation in foreign conflicts a criminal offence.

Earlier, Riga issued a warrant for the arrest of Ayo Beness "for sedition", as the outspoken activist called for the restoration of the Soviet Union.

The son of a Ugandan father and a Russian mother, Ayo Beness was born in Latvia, studied biology and journalism, and lived in the United Kingdom. He has held the role of Secretary of the Communist party of Great Britain and considers himself a Bolshevik. He supports socialist political forces in Latvia and wants Riga to secede from NATO and the EU.

Ayo Beness has been fighting for the independence of Donbass in the ranks of Interbrigades — international military units. In early June he said he was appointed a deputy commander for political affairs in one of the LPR units and was promoted to the rank of sergeant.

EU Volunteers in Donbass Fighting for a Noble Cause – German Media