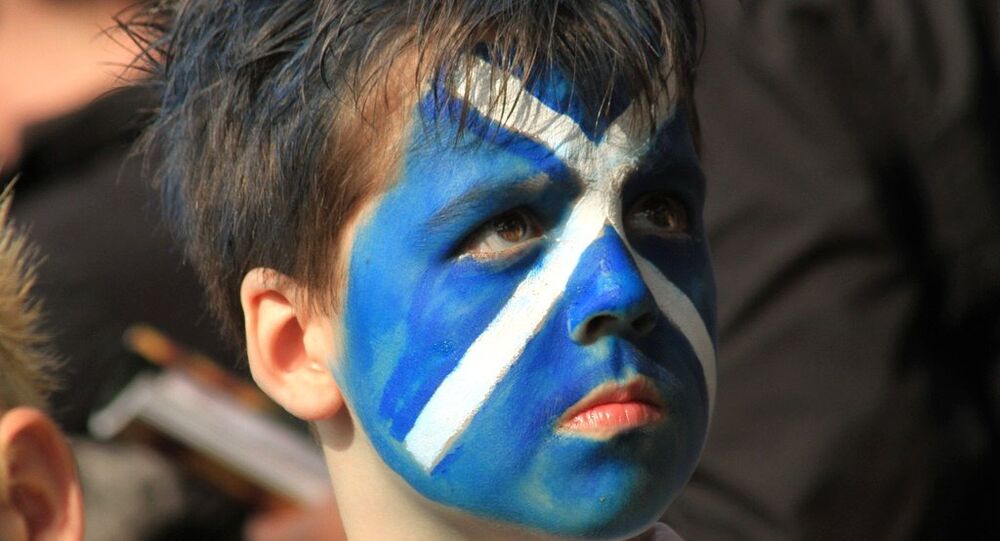 As tensions between Scottish nationalists and those within England rise as part of the country's push for independence, new statistics have revealed that nine out of ten Scots believe that sectarianism within Scotland is a problem, with football at the heart of the divide.

The figures, based on survey results commissioned by the Scottish government, found that 88 percent of respondents thought the Catholic-Protestant divide was an issue.

While many respondents thought that the problem of sectarianism was restricted to certain parts of the country, the high percentage of people citing the issue as a problem in general has, once again, highlighted the strained relationship faced by different groups in Scotland.

Football at the Heart of the Problem

When addressing factors fueling sectarianism, football was cited as the most common cause, with close to 90 percent saying it was a contributing factor, while more than half of those polled thought it was the main cause.

'Show Racism the Red Card,' is in Pentland with P7 today. Lots of fantastic discussion going on. @SRtRCScotland pic.twitter.com/w9GKSQbVDF

Many of Scotland's most famous clubs were found along sectarian lines, with derby matches often seen as an opportunity for radicals to spread sectarian hatred and engage in violence with rival groups.

As a result, the report suggested that clear sanctions be introduced for misbehaving fans as part of measures aimed at reducing sectarian violence.

"We feel very strongly that sanctions are urgently needed and remain of the view that their introduction would not simply be a step towards tackling sectarianism, but also an important step towards clubs and their fans taking responsibility for their actions as we all have to do elsewhere in society."

The advisory group responsible for preparing the report noted the lack of enthusiasm they received towards such proposals, saying it was "struck by the reticence about leadership in addressing sectarianism from within Scottish football".

Among other factors identified as driving sectarianism in Scotland were the loyalist and Irish Republican marches that take place throughout the country.

The opposition to such marches was demonstrated last week, after more than 28,000 people signed a petition calling for last weekend's Glasgow's 'Orangefest' to be cancelled, amid fears it would further stoke tensions between the city's Catholic and Protestant population.

Orange Order claims it is an “ethnic minority” as petition is launched to oppose #OrangeFest http://t.co/4tEB6PJsSW pic.twitter.com/hP4YYIdFQk

Organizers of Orangefest say that the event is an example to promote the culture and history of Scotland's protestant past, while critics argued that it would lead to further divisions between Scottish groups.