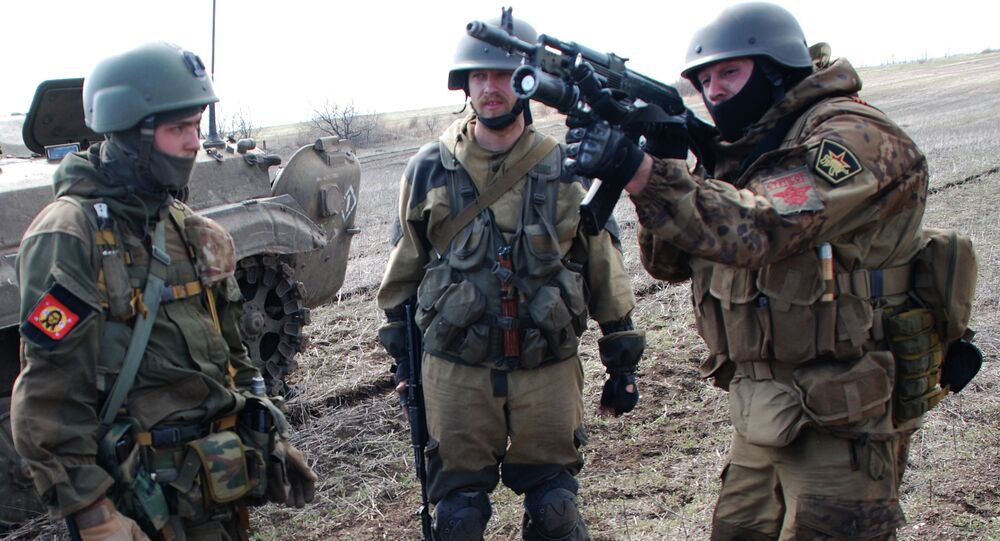 EU Volunteers in Donbass Fighting for a Noble Cause – German Media

While there are no Russian troops fighting in eastern Ukraine, one can still find many volunteers from Europe fighting alongside the pro-independence militia in Donbass, a German newspaper wrote on Thursday.

© Flickr / ResoluteSupportMedia
Italian Volunteers Fight in Donbass Alongside Militias
The Slovak and Czech volunteers plan to set up a unit all their own to fight as part of an "international brigade," Deutsche Wirtschafts Nachrichten newspaper reported.

Branded as "mercenaries" in the West, these people are getting a meager 340 euros a month for putting their life on the line, but their numbers are still growing every day.

"What we are doing here is our way of fighting the EU and NATO," a Slovak volunteer told DWN. Speaking on condition of anonymity, he said the volunteers were using whatever weapons they managed to obtain during combat.

© Photo : facebook.com/interbrigade15
Czechs and Slovaks Form 'Czechoslovak' Volunteer Fighting Unit in Donbass
Sometimes they have to make use of antiquated Nagant six-shooters and WW2-era Mosin rifles.

"There is not a single Russian trooper in our unit. Political and moral support is all we are getting from Russia. And humanitarian assistance too, which is now even more important than arms."

Meanwhile, Slovakia’s Foreign Ministry blamed what it called "adventurers, acting on their own" for "destabilizing the situation in eastern Ukraine, undermining diplomatic efforts [to end the war] and damaging the foreign policy interests of Slovakia."