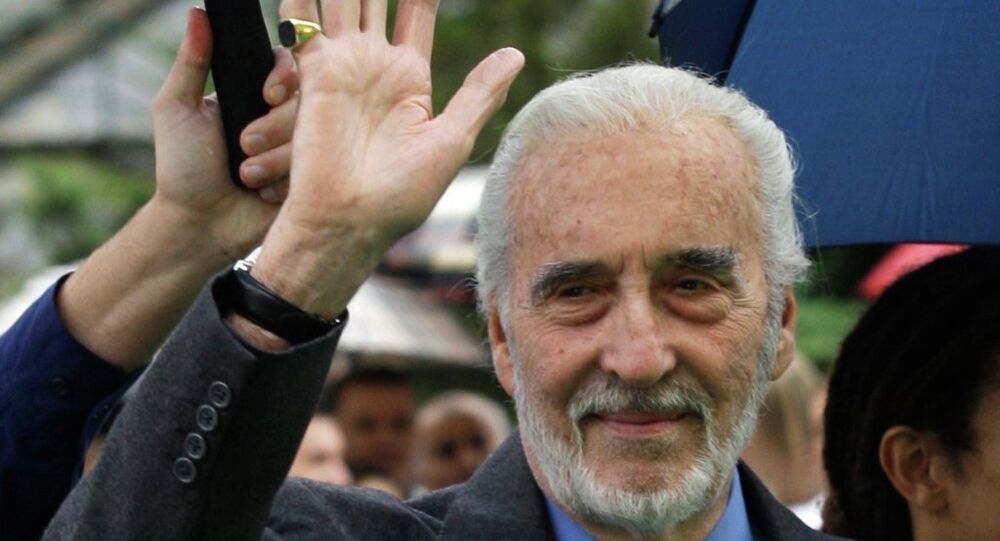 In the last 15 years, the veteran actor became ingratiated with a new generation of fans, playing Count Dooku in the Star Wars films and Saruman in The Lord of the Rings trilogy and The Hobbit. The screen legend's career included almost 300 films.

Sir Christopher Lee died at the age of 93. He gave us amazing characters of many genres #RIP pic.twitter.com/OieX5KOmGJ

But it will only be left to his older generation fans who will also remember Lee as a man who served his country. When World War II broke out in 1939, Lee volunteered for the Finnish forces and in 1941 — for the Royal Air Force.

Not Standing Still's Disease: Sir Christopher Lee: He went on to join the Royal Air Force and served during World… http://bit.ly/8D4qnX

"I've seen many men die right in front of me — so many in fact that I've become almost hardened to it. Having seen the worst that human beings can do to each other, the results of torture, mutilation and seeing someone blown to pieces by a bomb, you develop a kind of shell. But you had to. You had to. Otherwise we would never have won," he said.

However, Lee was never keen to discuss his role as Special Operations Executive during the War. In an interview with the Telegraph in 2012, Lee said: "I was attached to the SAS from time to time but we are forbidden — former, present, or future — to discuss any specific operations. Let's just say I was in Special Forces and leave it at that. People can read in to that what they like."

Lee is also quoted as saying when asked on his experience working on military intelligence.

Sir Christopher Lee died on Sunday morning at Chelsea and Westminster Hospital in London, sources close to his family told the Telegraph. He had been receiving treatment for respiratory problems.