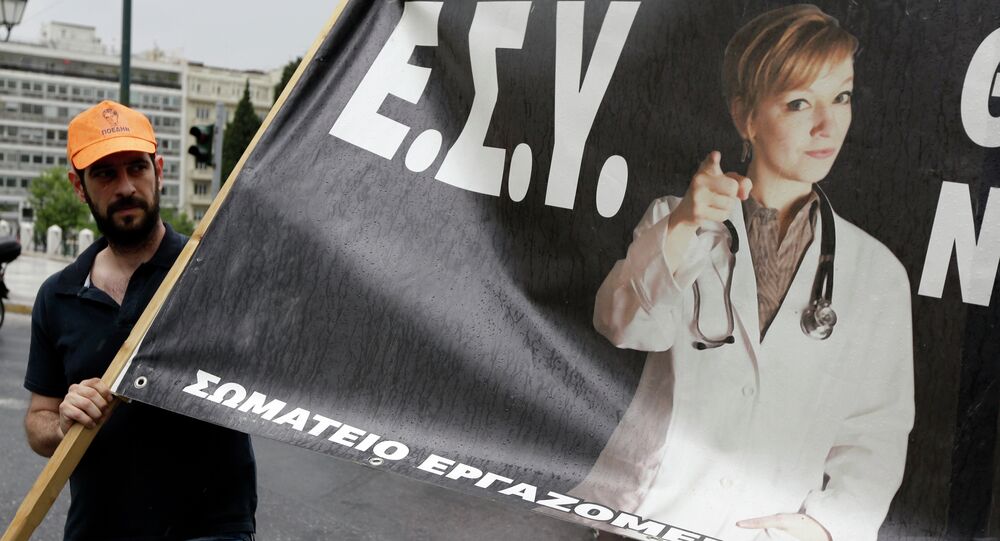 Greek pharmacists oppose the law that could legalize selling non-prescription drugs in regular stores across the country.

ATHENS (Sputnik) — Pharmacies remained shut across Greece on Wednesday as staff stage a nationwide strike to protest against a law authorizing the sale of over-the-counter (OTC), or non-prescription, drugs in regular shops.

In 2014, the previous Greek government, headed by former Prime Minister Antonis Samaras, enacted legislation removing most of the restrictions regulating pharmacies in the country, in a bid to reduce the cost of medicines.

Prior to the reform, Greek residents needed to obtain or inherit a costly license to open a pharmacy and were guaranteed an income amounting to around 35 percent of the sales price of all the medicines they sold.

The Panhellenic Pharmaceutical Association, the body representing Greek pharmacists, said that the move would make OTC drugs more expensive, stressing that the current total of 9,800 pharmacies was enough to meet public demand.

UK Network ITV Employees to Strike May 14 Over Pay Dispute