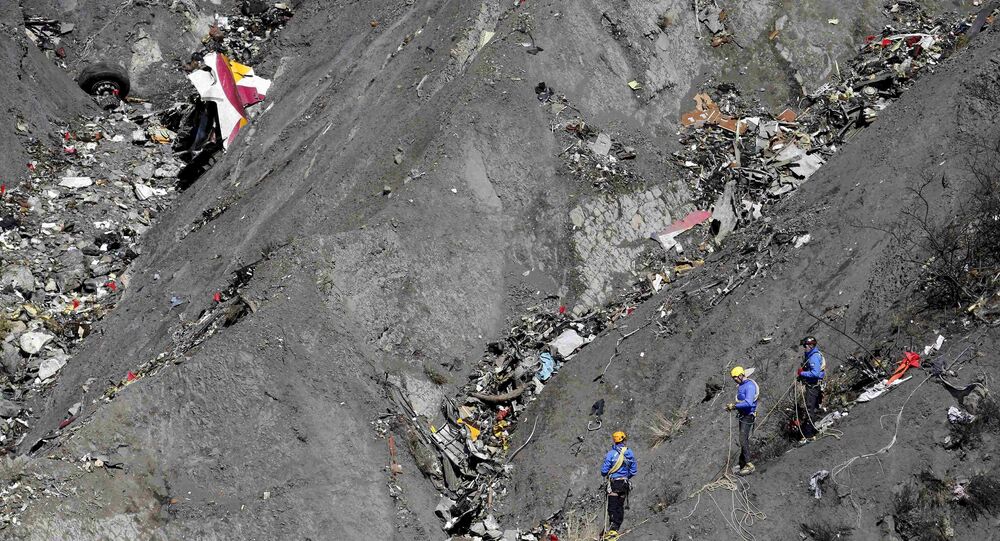 The criminal investigation led by French authorities into the Germanwings A320 plane crash should not set a precedent for future probes into plane crashes, International Air Transport Association (IATA) Director General and CEO Tony Tyler stated on Tuesday at the annual IATA general meeting.

MIAMI (Sputnik) — On March 24, 2015, the Germanwings Airbus A320 flying from Barcelona to Dusseldorf crashed in a remote area of the French Alps killing all 150 people on board. According to the information from the plane’s black boxes, co-pilot Andreas Lubitz deliberately crashed the plane after locking the pilot out of the cockpit.

French authorities are conducting a criminal investigation into the crash.

"I am concerned about this [French criminal investigation] becoming a precedent for how accidents are handled," Tyler told the press.

“If we are acting against people or companies in a criminal sense, then we are not going to get the sort of openness, complete transparency that we need to get to the root causes of accidents."

© REUTERS / French Interior Ministry/DICOM/Y. Malenfer/Handout
Rescue workers and investigators, seen in this picture made available to the media by the French Interior Ministry April 1, 2015, work near debris from wreckage at the crash site of a Germanwings Airbus A320, near Seyne-les-Alpes.
...
Reddit
Google+
Blogger
Pinterest
StumbleUpon
Telegram
WhatsApp
33
Topic:
Germanwings Airbus A320 Crash in Southern France (72)