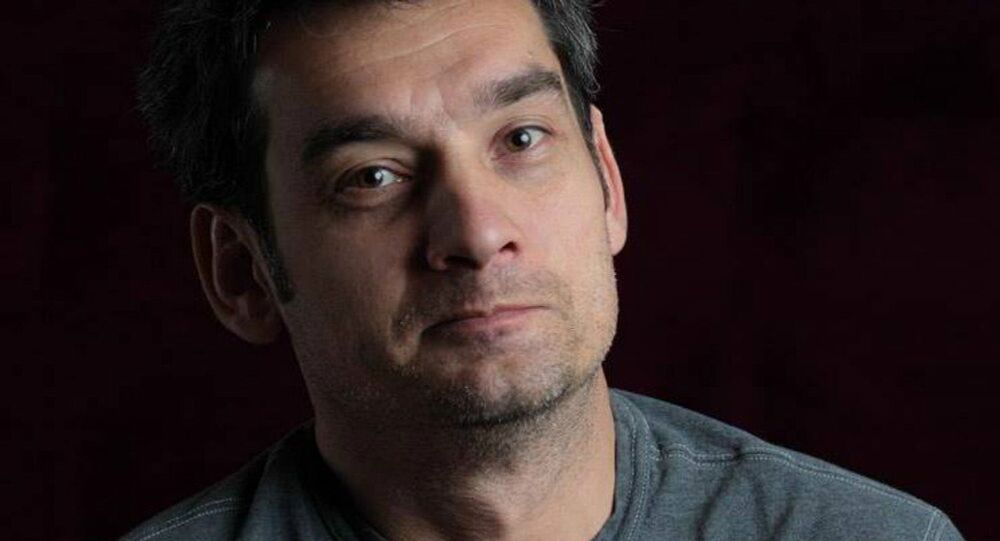 "The foreigner whose name you mentioned [Rustam Tashbaev] has been expelled by the SBU and has been denied entry into the country, to prevent further provocations," Nalyvaichenko stated, speaking before reporters in Lviv.

© Sputnik / Алексей Вовк
Latest Maidan Redux in Kiev Ends in Chaotic Dispersal by Masked Men
Nalyvaichenko added that Tashbaev had been one of the organizers of "a provocative aping of the just protests which took place a year-and-a-half ago, including on Maidan Square in Kiev." The security official also noted that Tashbaev "was among those who, with funding and support from the Donetsk and Lugansk People's Republics purchased tents, a platform and attempted to express his provocative rhetoric."

On Sunday night, several dozen masked men dispersed a protest on Kiev's Maidan Square, after about 100 demonstrators set up several tents and unfurled banners ahead of the one year anniversary of President Petro Poroshenko's inauguration. The protesters demanded that the president account for his actions. The masked men were reported to have first approached police, who had surrounded the protest site, to demand police action, before themselves entering the makeshift camp and dismantling it. According to Nalyvaichenko, the so-called 'Maidan Self-Defense' force had effectively done its job.

Tashbaev, who is believed to have served as one of the protest's leaders, was arrested by police along with several demonstrators. Media reports suggest that he is a US citizen, and a military analyst for the US-based Stratagem Center for Political Analysis, which is involved in the development of a program on the retraining of the Ukrainian army.

Appearing on Ukraine's Hromadske TV earlier this year, Tashbaev severely criticized the Ukrainian president, stating that he was causing tremendous problems for the military leading to the paralysis of executive power, and adding that he should face lustration as "a functionary of previous regimes."

In March, Tashbaev posted a photo of himself with US Senator John McCain, along with the message that "very soon it will become very difficult for someone in Ukraine to kill and rob their own people. The process has begun. There are no more illusions about who is who among the leading American politicians. The same applies to the IMF. Begin working in the interests of the Ukrainian people, so you won't have to throw yourselves out of windows later."