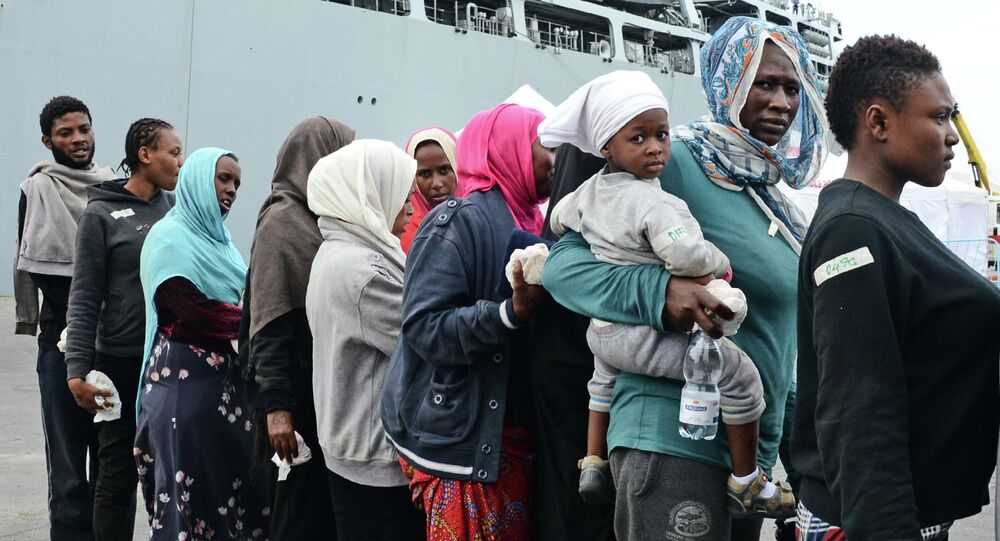 According to UN High Commissioner for Refugees, since the beginning of 2015, over 100,000 migrants entered Europe via the Mediterranean.

© AP Photo / Alessandro Di Meo
Over 5,000 Migrants Saved in Mediterranean Since Friday – EU Border Agency
MOSCOW (Sputnik) – Since the beginning of 2015, over 100,000 migrants entered Europe via the Mediterranean, a spokesman for the office of the UN High Commissioner for Refugees (UNHCR) said Tuesday.

In recent years, the European Union has been struggling with an influx of undocumented migrants fleeing conflicts and poverty in North Africa and the Middle East. Refugees use the Mediterranean as a main route to get to Europe.

In April 2015, a boat carrying some 900 refugees capsized while heading from Libya to Italy. Only 28 people survived. Public outcry following the tragedy prompted the European Union to review its approach towards migration.

The bloc established a naval mission to counter illegal migrant trafficking and is currently discussing a quota system to redistribute 40,000 migrants that arrived to Italy and Greece into other member states. The United Kingdom, France, Spain, the Czech Republic and Hungary have protested a quota proposal by the European Commission.