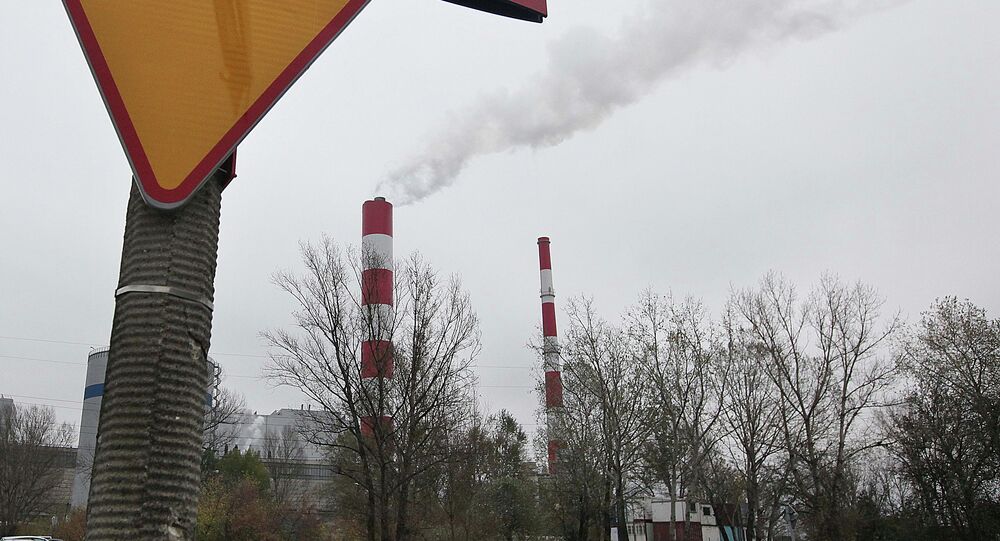 Poland's dependence on coal as a source of fuel has resulted in levels of air pollution that are among the worst in Europe, and reduced the average resident's life expectancy due to related health problems.

© CC0 / US Army Europe Images / Raising of the NATO flag
NATO’s Rapid Reaction Force Starts Noble Jump Exercises in Poland
Poland is determined to maintain its dependence on coal as its main source of energy despite having the highest frequency of premature deaths in Europe which can be attributed to the effects of air pollution. Poland is Europe's second biggest coal producer after Germany, and gets around 85 percent of its electricity and 43 percent of its heat from coal-burning power plants.

Last week representatives of Poland's opposition party, whose candidate won last month's presidential elections, confirmed "our goal is to maintain the role of coal in the Polish economy" in talks with the European Commission about carbon emissions. The Law and Justice party is ahead in opinion polls taken about the outcome of autumn parliamentary elections.

In February the European Commission warned Poland about its non-compliance with EU legislation on air pollution, specifically exposure to fine dust particles [PM10].

"Tiny PM10 particles can cause asthma, cardiovascular problems, lung cancer, and premature death. In Poland, they originate mostly in emissions from coal for domestic heating, traffic, and industry."

Poland is home to the Europe's dirtiest, most climate-unfriendly power station: the Belchatow power station in the Lodz region of Poland, which supplies almost 20 percent of the country's energy. The largest brown coal power plant in Europe, it generated CO2 emissions of 37.2 million metric tons in 2013, according to the European Commission.

© AP Photo / Czarek Sokolowski
President Duda to Support Poland's EU Membership, Boost Global Role
In 2013 the Health and Environment Alliance [HEA] published a study which showed that coal's reputation as a cheaper alternative to gas is undeserved; according to the study, burning coal in Poland results in health costs of PLN 12.5 — 34.4 billion [$3.4 billion — $9.3 billion] a year, a figure it described as "startlingly high – equivalent to approximately 30% of average EU funding to Poland."

"The health costs are paid by patients, the national health system and the economy at large due to productivity losses, rather than by industry," said the HEA.

Despite the health and environmental costs, in April 2014 Polish Prime Minister Donald Tusk called for an EU 'Energy Union' to diversify EU energy from natural gas to other sources, including proposals to burn more coal, or invest in the extraction of shale gas.

According to a November 2014 report from the European Environmental Agency, entitled 'Air Quality in Europe,' from 2003 to 2010 Poland was the only European country to increase the concentration of particulate matter in its air.

Poland, after Germany and Italy, has the third highest estimated number of premature deaths in the EU which can be attributed to dirty air despite only having its sixth largest population. More than 43,000 people in Poland are estimated to have died prematurely in 2011 as a result of air pollution.