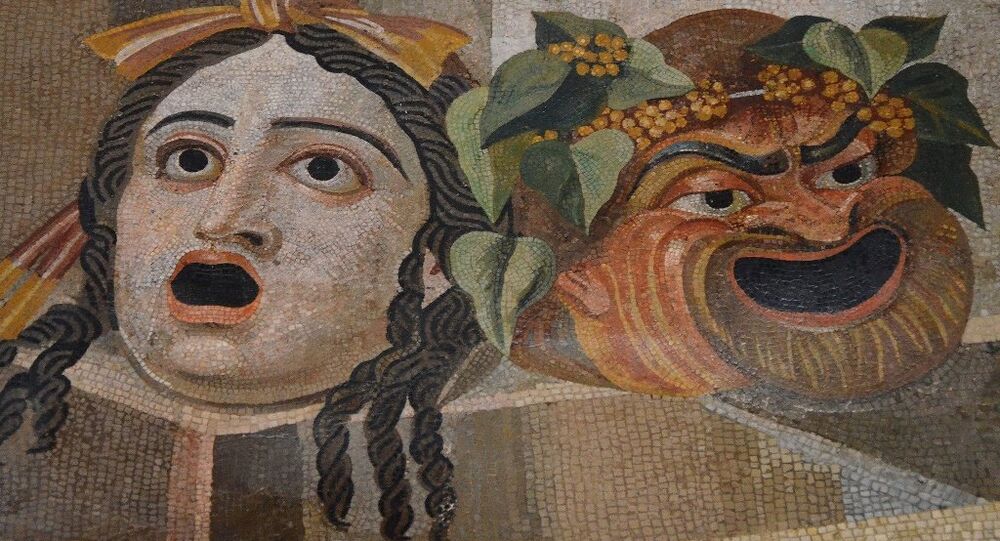 Greek Drama, Intermission: Jitters, Jumps and Exasperation in the Eurozone

Greece has proposed a new reform package to the European Commission causing the stock market in Athens to jump 2.92 percent while leaving creditors reeling with exasperation over Prime Minster Alexis Tsipras' negotiation tactics.

The plans proposed by Tsipras include rolling out Greek bonds held by the European Central Bank — worth $8 billion (€6.7bn) — to the European Stability Mechanism (ESM).

The ESM is a pan-European fund which was set up three years ago in order to provide financial help to countries experiencing troubles — the ESM would buy the bonds.

Greek Prime Minister Tsipras rejected the terms of a recent aid package that could have prevented Greece being forced out of the euro and postponed paying $338 million (€300m) to the International Monetary Fund (IMF) on a technicality issue.

In a recent interview with Sputnik, Harry Colvin from Longview Economics explained:

"If they miss a payment they won't be considered technically in default according to the ratings agency. If the government agree it's a liquidity challenge, not a sovereignty one, the ECB would be fine."

But the negotiation tactics used by Tsipras are exasperating creditors who are insisting on strict austerity conditions in order to release the next chunk of bailout cash — however, Tsipras' party won the Greek election on its anti-austerity rhetoric so is reticent to impose further austerity measures.

For what it's worth, the view in Downing Street is that Angela Merkel definitely does not want Greece to default and exit.

In an exclusive interview with Corriere della Sera, Tsipras said the demands are "irrational and unacceptable", and that the "austerity has been applied with a brutality never seen before and has brought with is disastrous economic and social consequences.

"The humanitarian crisis of the homeless and those who live on the edges of society has grown day by day. You only need to look at the programs in Ireland and Portugal to realize that the comparisons are 'unfortunate'. No one has suffered more than Greece."

Speaking ahead of his meeting with Angela Merkel Tsipras told the Italian newspaper: "We will be working to bridge the gap on state finance, putting forward alternative proposals where demands are irrational and unacceptable. All this, however, will have some meaning if the institutions [IMF, EC and ECB] are willing to find serious solutions for debt sustainability."

We will fully defend our people's right to live in dignity and in conditions that will lead to prosperity. #vouli #Greece

Meanwhile, Chancellor Angela Merkel told reporters at the end of the G7 Summit in Bavaria that "there is not much time left."

"We have to work very hard on this," said Merkel, stressing that Germany wanted Greece to remain part of the Eurozone.

"Everyone around the table wants Greece to stay in the euro — but we have rules."

European Commission President Jean-Claude Juncker said the Greek leader had misrepresented the creditors' position in the talks which are set to continue.