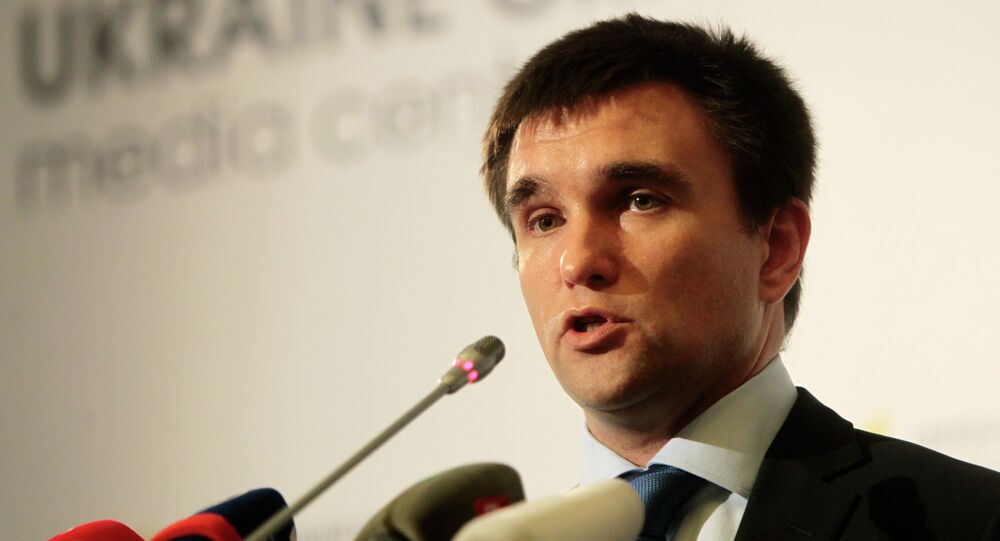 Ukrainian Foreign Minister Pavlo Klimkin said that there is no consensus among NATO countries on the date of when Ukraine could join the Alliance.

© AFP 2021 / VASILY MAXIMOV
West Must Assure Russia of Ukraine's Non-Acceptance to NATO - Italian FM
KIEV (Sputnik) – There is no consensus among NATO countries on the date of when Ukraine could join the Alliance, Ukrainian Foreign Minister Pavlo Klimkin said Monday.

“Today, we often hear the thesis of when and under what circumstances Ukraine may become a NATO member. To be honest, there is no clear consensus in NATO on Ukraine’s ascension, but not on its likelihood [of joining],” Klimkin said at an inter-parliamentary session of the Ukraine-NATO council in Kiev.

Klimkin said that in order to reach a consensus in NATO, reforms must first be made in Ukraine.

Despite Kiev's aspirations, NATO officials have repeatedly denied the short-term prospects of the war-torn country to join the bloc.

On May 27, Jamie Shea, NATO Deputy Assistant Secretary General said Ukraine is not ready for NATO membership and must first stabilize the conflict in its eastern regions and implement a wide range of reforms.