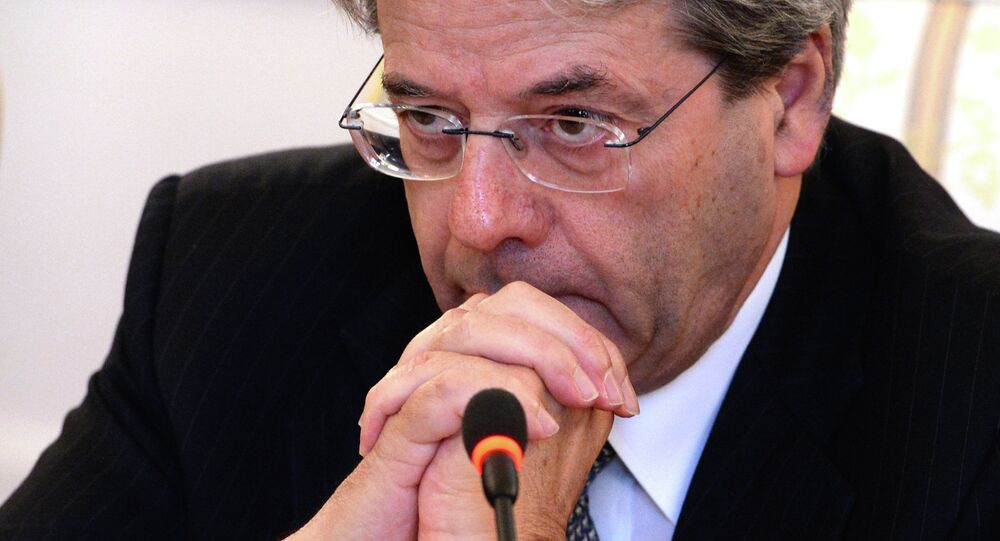 The West must provide Russia with guarantees that Ukraine will not be able to join NATO, Italian Foreign Minister Paolo Gentiloni said.

© AP Photo / Rahmat Gul
Kiev Not Ready to Join NATO Until Crisis in Eastern Ukraine Settled
ROME (Sputnik) – Last December, Ukraine scrapped its non-aligned status and declared its intention to join NATO. NATO officials have repeatedly stressed that Kiev would have to implement a wide range of reforms before pursuing bloc membership.

"I think that Russia should get affirmations on one point, particularly that Ukraine's accession to NATO is not a realistic prospect," Gentiloni told the Italian Corriere della Sera newspaper in an interview published on Monday.

The foreign minister stressed that NATO is a defensive alliance with no aggressive intentions.

"We [the West] need to take into account the statement by [Russian] President [Vladimir] Putin that he does not have any aggressive intentions," he added.

Italy will adhere to EU decisions on the Ukrainian issue taken in accordance with the United States, Gentiloni said. He asserted, however, that Rome will insist on a dialogue with Moscow, as restoration of comprehensive cooperation with Russia is in the interest of the European Union.

NATO has boosted its presence in eastern Europe over the past year, accusing Moscow of fueling a conflict in eastern Ukraine. NATO also insists on labeling the reunification of Crimea with Russia last March as an illegal "annexation," despite a well-documented referendum.

Moscow has repeatedly dismissed the allegations and stressed that NATO expansion toward Russian borders only undermines regional security by escalating tensions.