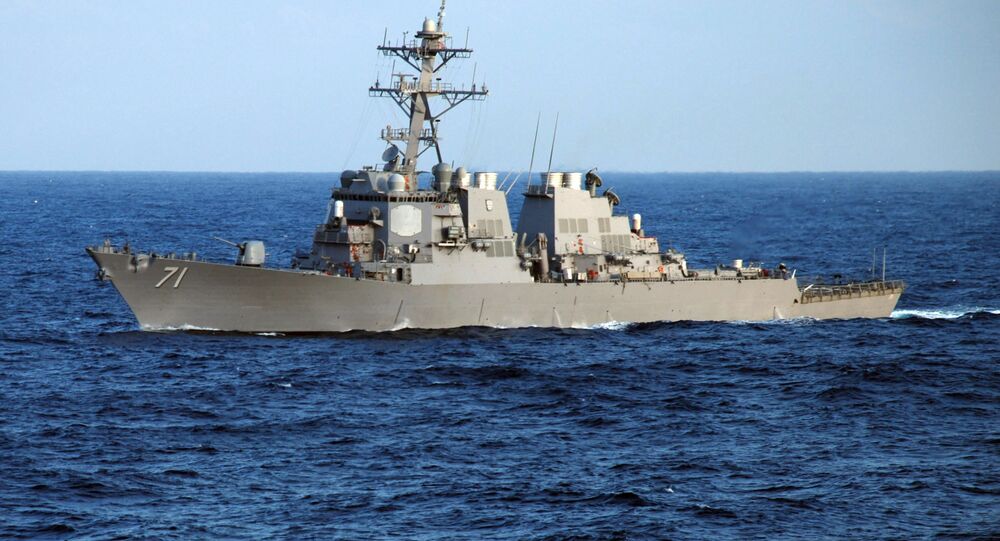 © REUTERS / Hannibal Hanschke
Activists Take to the Streets in Bavaria to Protest Against NATO Expansion
Norwegian Prime Minister Erna Solberg pledged that Norway will increase its military spending in line with NATO policy, and also contribute to the NATO missile defense system, after a meeting with NATO Secretary General Jens Stoltenberg on Friday.

"It is necessary for us to contribute to this," Solberg told a press conference on Friday following the meeting.

"As a committed NATO member, we should also be committed to that part of the strategy."

"We have to go through this and look at what our contribution should be."

The NATO Missile Defense System comprises radar equipment and missile interceptors which have already been deployed to Poland, Romania, Spain, Turkey and the Czech Republic. The US has deployed three of its four US Navy ballistic missile defense destroyers to Europe; it sees them as a key component of the missile defense shield.

At a previous meeting between Solberg and Stoltenberg in January, NATO's Secretary General said all members had to meet the two percent GDP target for military spending:

"There is an obligation for all NATO countries to follow up the decisions we make together. This also applies to the two percent target adopted in Wales in autumn 2014," Stoltenberg told the press after the meeting.

Norway's defense budget for 2015 is 1.43 percent of GDP; the FFI calculated that growth in defense spending of 4.4 percent each year is required for ten years in order to reach the NATO target. Defense Ministers who spoke to Norway's VG Nyheter newspaper said they thought it unlikely the target will be met by 2025.

© Flickr / Medien Bundeswehr
Putin Calls Fears of Russian Attack on NATO 'Insane'
When asked if she thought the target would be reached while she is in office, Prime Minister Solberg, who took office in October 2013, replied that the aim would not be met:

"I think anyone who knows the Norwegian budget, knows that that's not possible. One way to achieve that goal would be if GDP didn't grow, but that's not our strategy," said the PM.