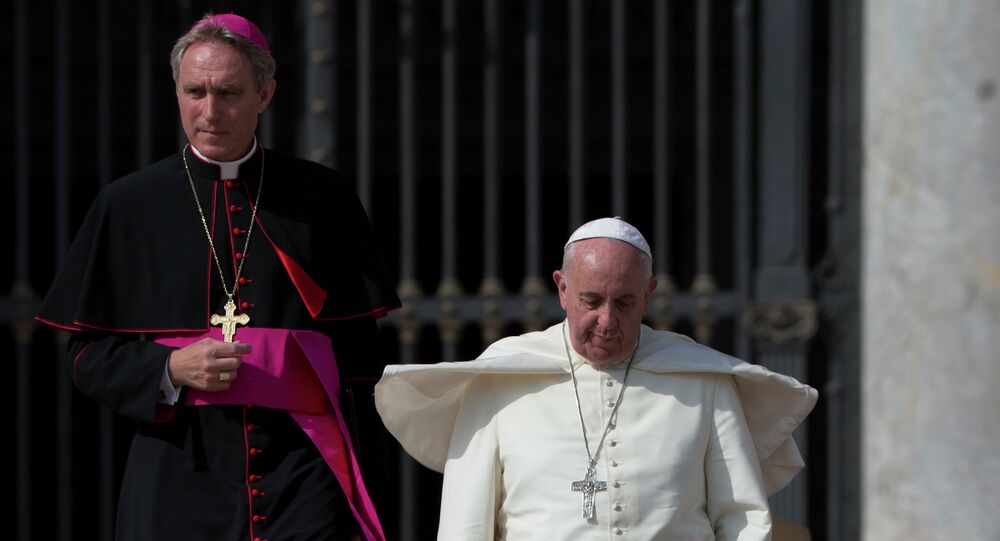 Pope Francis on Saturday urged nations to pursue reconciliation efforts and stop “the atmosphere of war.”

During his one-day visit to the Bosnian capital, Sarajevo, the pontiff was greeted by a crowd of 65,000.

Pope Francis said that many conflicts across the planet amount to "a kind of third world war being fought piecemeal and, in the context of global communications, we sense an atmosphere of war.”

He criticized those who try to incite such a situation deliberately for political gains and profit from war through arms dealings.

The pontiff had earlier referred to Sarajevo, with its synagogues, churches and mosques abreast, as a ‘European Jerusalem’, a crossroads of cultures, nations and religions which required ‘the building of new bridges while maintaining and restoring older ones.’

Following the Bosnian war which left the country divided along ethnic lines, the pontiff urged the country’s Muslim, Serb and Croat communities to reach out to each other.

Pope Francis said that Sarajevo was "a city that has suffered much in its history but is now on a beautiful path of peace."

"That is why I am making this trip, as a sign of peace and a prayer for peace."