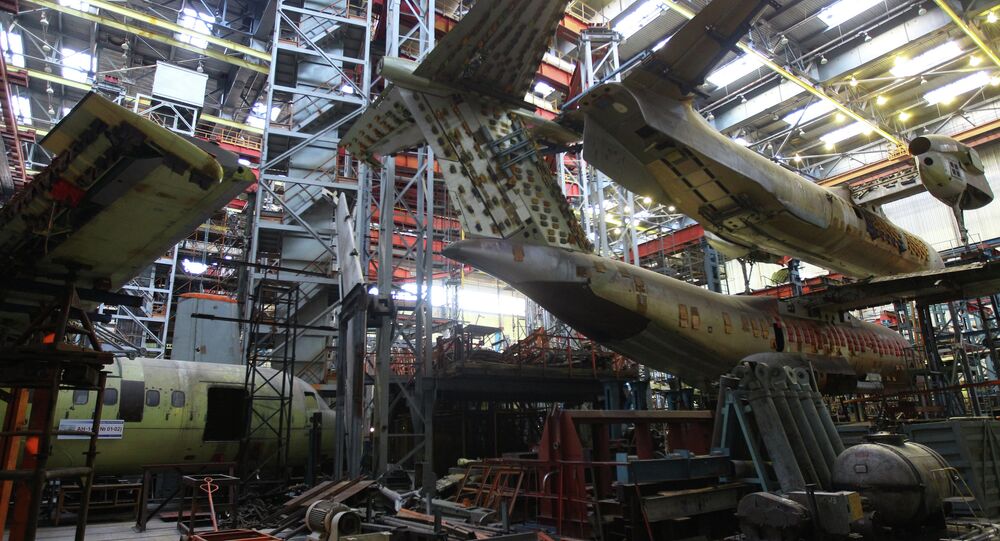 Ukraine and Poland announced plans to jointly design and build a new-generation patrol plane, based on the Antonov An-148 regional passenger airliner, Ukrainian media reported on Saturday.

© AFP 2021 / Prakash SINGH
Antonov Company Confirms Five Missing Indian Planes Still in Ukraine
Ukrainian aircraft producer Antonov Bureau announced on June 4 that it was looking for collaboration with Polish industry in a bid to bring its aircraft up to Western standards.

Antonov is looking to focus on upgrading, with Polish help, the   An-148, An-158, and An-178 regional aircraft. The collaboration with Polish companies will help to bring Antonov's products in line with Western standards and integrate Western equipment onto its aircraft.

"Oleh Bogdanov made a report on the ‘westernization’ of the An-148, An-158 and An-178 planes by Antonov State Company and Polish enterprises. He also presented the rough draft of a new-generation patrol plane, to be developed jointly with Poland, based on the An-148 regional passenger plane,” the company’s press service said in a statement.

Antonov also discussed with the Polish companies the creation of a consortium that would bring Polish firms to work with Antonov on developing special versions of the company's aircraft using Polish and Western equipment.

The consortium will also look to develop Antonov's maritime patrol aircraft (MPA), the An-148-300, which is based on the An-148 regional passenger airliner.

According to Antonov, the new consortium aims to propose the An-148-300 MPA to the Polish and Ukrainian militaries.