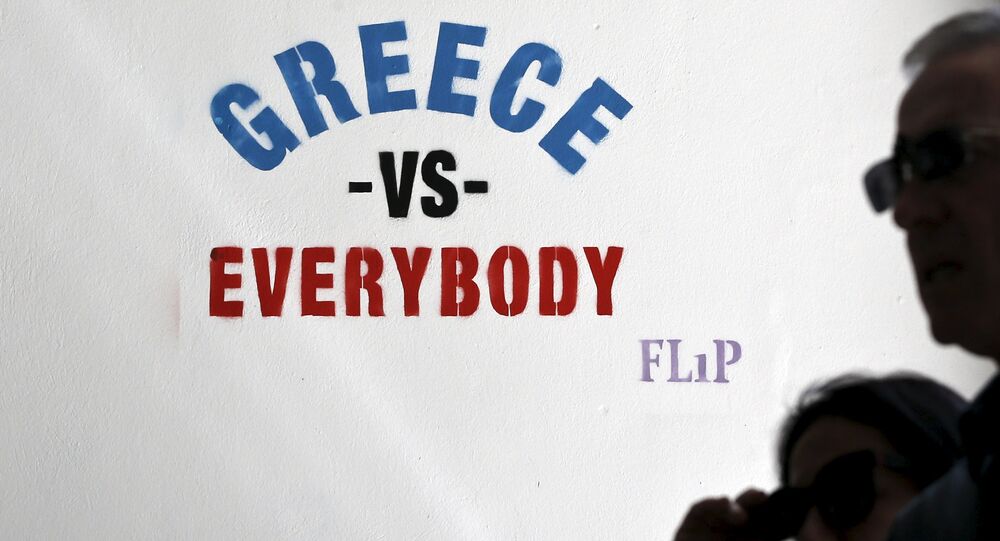 Tsipras warned that the attempts to "strangle Greece and its government" would have repercussions for the whole Europe.

ATHENS (Sputnik) — Greek Prime Minister Alexis Tsipras warned that the failure of negotiations with foreign creditors and attempts to "strangle" Greece and its government would have repercussions for the entire European Union.

"This battle has an impact not only on Greece, but also on all peoples in Europe and on its future. Those who think that the punishment dealt to Greece will affect only Greece are wrong," Tsipras said during debates in the Greek parliament on Friday.

On Wednesday, Greece and the European Commission, one of Athens' lenders, failed to reach an agreement on a bailout package as Athens refused to compromise on some reforms demanded by the creditors.

© AFP 2020 / ADEM ALTAN
Greece Condemns US for Meddling in Its Domestic Affairs
On Friday, Greece was due to make a scheduled $330-million repayment to the International Monetary Fund (IMF), but decided to skip the deadline, saying it would make all of its current four IMF debt repayments in one go before the end of June, when Greece's current bailout deal with international creditors expires.

Greece was particularly hard-hit by the aftereffects of the 2008 economic crisis, quickly going into a multibillion debt by accepting large loans offered by the three lenders. The country’s outstanding national debt is estimated at some $350 billion.