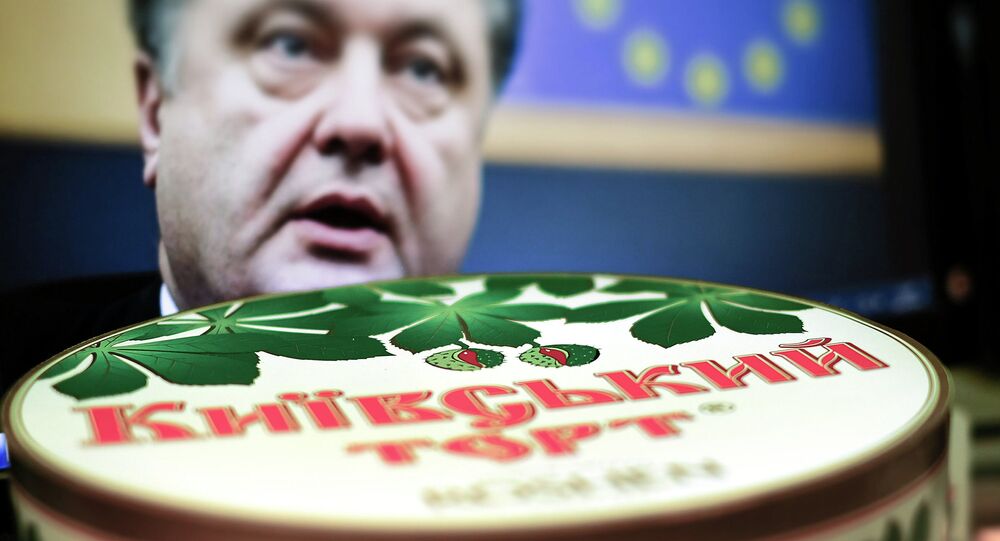 Ukrainian President Petro Poroshenko confirmed on Friday his decision to sell his businesses and transfer his stake in the Roshen confectionary corporation under a trust agreement to Rothschild Investment Company.

© Sputnik / Maksim Blinov
Poor-oshenko: Ukrainian President Triples Asking Price in Roshen Sale
“I signed a deal with the world-famous and the world’s best Rothschild Company, which is now looking for buyers. Three such potential buyers have already stepped forward and are analyzing the company’s legal status and financial performance,” Poroshenko said during a news briefing devoted to his annual address to parliament.

“The transfer will be done so that my name is not mentioned among Roshen’s owners,” Poroshenko added.

One of the world’s main confectionery producers, Roshen Corporation annually turns out around 450,000 tons of chocolate and jelly sweets, caramel, chocolate, biscuits, waffles, and cakes.

Roshen has factories in Ukraine, Lithuania, Hungary and Russia.

During his presidential campaign in 2014 Petro Poroshenko promised that, if elected, he would sell the Roshen Company, which remains his largest business asset.