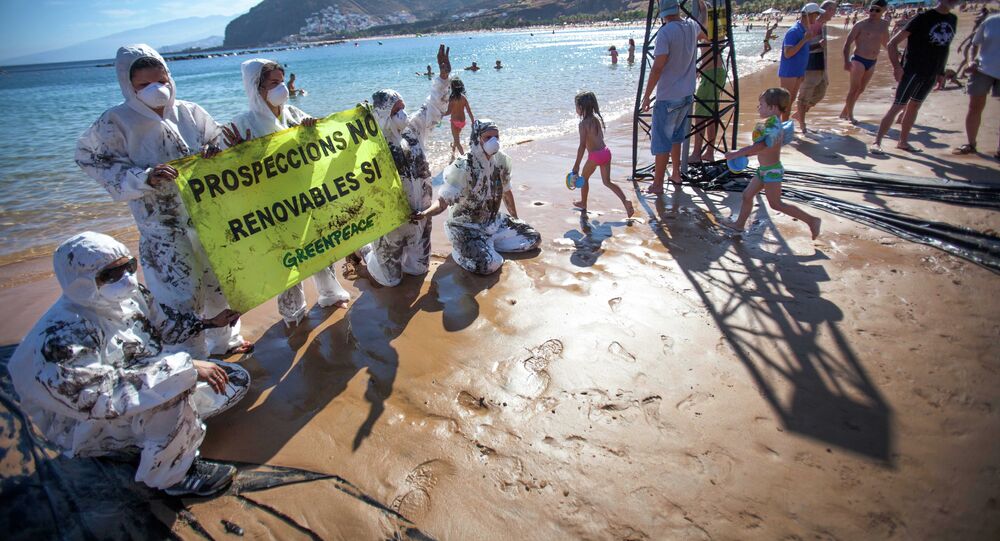 The environment has been one of the biggest losers from Spain's economic crisis, with financial woes and various corruption scandals leading to a relaxation of regulations which has taken a huge toll, a Greenpeace report said.

© Flickr / www_ukberri_net
Fracking Does Not Work in Europe, EU States Depend on Russia - German Media

The 47-page report claimed that the environment was "one of the main victims of the crisis" which was triggered by the collapse of Spain's housing boom in 2008, and which saw the country receive European bailouts funds to support its banks.

The report by Greenpeace blamed the country's businesses and decision-makers for much of the environmental damage, which they say was caused by the approval of certain projects without sufficient consideration over their legality and impact on the environment.

"There are hundreds of corruption cases which have left behind them natural spaces covered in cement and soil contaminated by hazardous waste."

The group was heavily critical of what is described as a "revolving door" of movement between officials in the public and private sectors, which "creates a vicious circle where policies are made to benefit companies."

The report assessed many of the policies implemented by Prime Minister Mariano Rajoy's conservative government, with Greenpeace looking into how these impacted on the environment.

Critics of Rajoy said that, in order to promote growth in Spain's struggling economy, a number of regulatory laws relating to the environment were either severely weakened or abolished, with the government accused of rolling out the red carpet for fracking and offshore oil exploration.

Others were more forefront in their opposition to the rolling back of environmental safeguards, suggesting that Spain's precarious economic situation was allowed to act as a smokescreen for big business to gain more power over certain projects.

Among the measures which drew the most criticism was the decision by the Spanish central government to pass legislation overruling restrictions on parts of the oil and gas extraction process, given that many regional governments had previously outlawed the controversial fracking technique.

On top of energy projects, Greenpeace said that unlike other European countries such as Germany and France, Spain had allowed the "large scale cultivation" of genetically-modified crops, which sparked concern about potential health and environmental impacts.

Despite Greenpeace criticizing the environmental approach taken by the Spanish government and big business in the country, a number of projects relating to energy extraction have been canceled amid widespread public opposition.

A high-profile government authorized project to allow oil giant Repsol to drill for oil near Spain's Canary Islands was among those called off recently. Although the company cited poor surveying results as their main reason for pulling out, the project was shrouded in criticism, with huge protests held in opposition to the plans.

While earlier this week, protesters were once again claiming victory after Scotland's Cairn Energy renounced plans to search for oil near the popular holiday destination of Ibiza, following ardent opposition from the general public and regional governments.

Spanish Politics in Flux After Five Years of Austerity