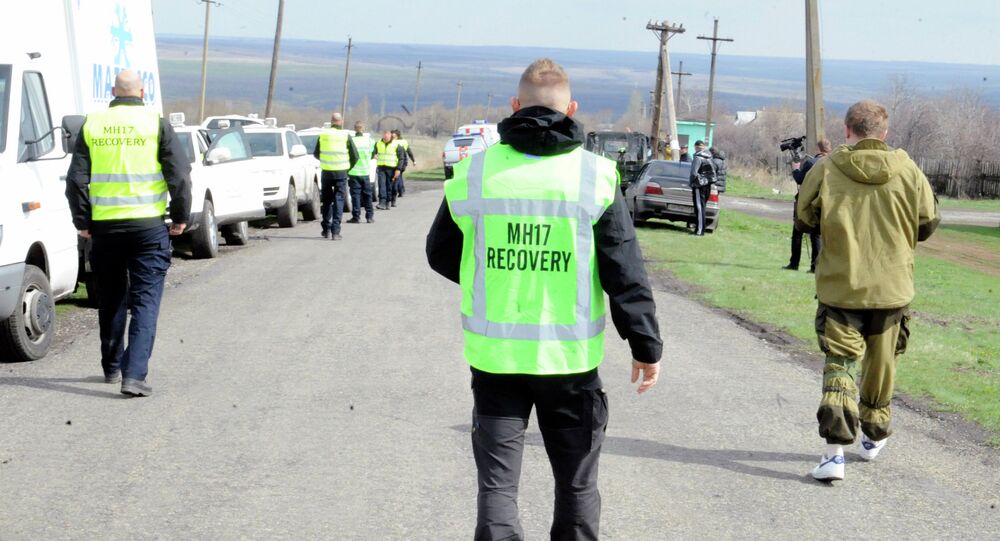 Computer expert and founder of FotoForensic Dr. Neal Krawetz said his company had nothing to do with a report produced by British investigative group Bellingcat that earlier accused Russia’s Ministry of Defense of falsifying satellite images released after the MH17 crash.

© Sputnik / Igor Maslov
'I Really Pissed Off RT': British Blogger Takes Pride in Refusing to Defend His Claims on MH17 Crash
Bellingcat made headlines this week after the group claimed that it had proved Russia's Ministry of Defense allegedly provided false satellite images of the MH17 shooting down. Bellingcat said in a report that they used forensic analysis and found out that the Ministry of Defense altered the satellite images.

However, Dr. Neal Krawetz, a computer expert and the founder of the company which Bellingcat based their report on, had a different opinion on that.

"I had nothing to do with their [Bellingcat's] faulty analysis," Dr. Krawetz said on his Twitter account.

@Malinka1102 "distances itself"? Understatement. I had nothing to do with their faulty analysis.

Dr. Krawetz's statement puts Bellingcat in a ridiculous situation. After Bellingcat goes around screaming to the whole world about Russia's alleged falsification of the satellite images, the director of the company, they referred their "analysis" to, tells everyone that his company had nothing to do with Bellingcat's faulty report.

"That's an erroneous interpretation. They [Bellingcat] claim that the metadata shows that the images were processed using Photoshop. Based on that they are concluding it was the clouds that were likely added in order to conceal something. The truth is that the indication of Photoshop in the metadata doesn't prove anything," Kriese said, as cited by Spiegel.

The German expert added that Russians had to use some sort of program to process the satellite images for the presentation and that does not mean that the images were manipulated. The image "analysis" conducted by Bellingcat is a "good example of how not to do forensic analysis," Kriese said. It is like "reading tea leaves" trying to figure out whether the satellite images were in any way edited, Kriese added, according to Spiegel.

At the end of the day, the "'analysis' achieved nothing, other than promoting Bellingcat," Kriese said.

Russia Urges US to Reveal Satellite Data on MH17 Crash