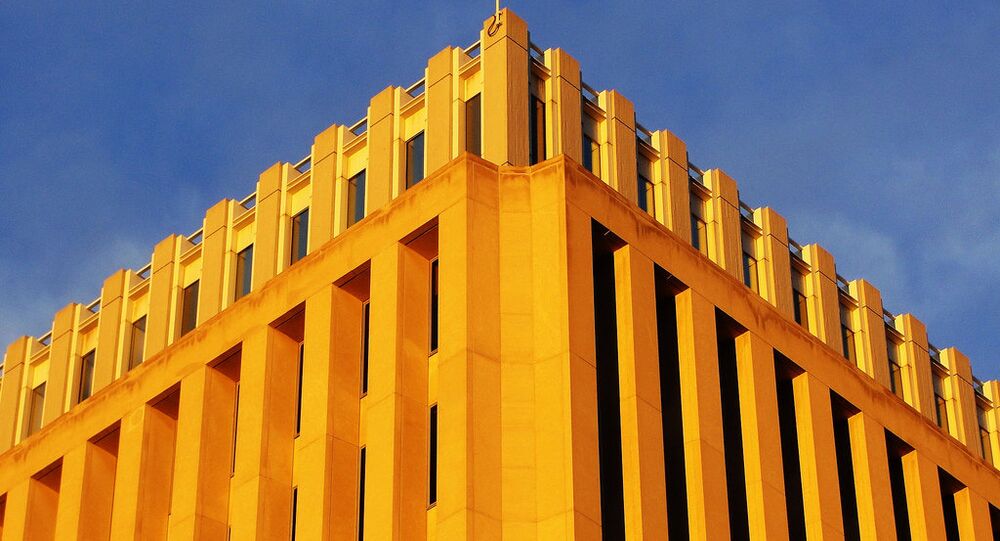 The IMF spokesman said that Greece opted to bundle its four debt repayments to IMF into a single payment due at the end of June.

MOSCOW (Sputnik) — Greece on Thursday opted to bundle its four debt repayments to the International Monetary Fund (IMF) into a single payment due at the end of June, to skip the Friday deadline for the first instalment, the IMF spokesman said late Thursday.

IMF spokesman: Greek authorities informed the Fund today that they plan to bundle the country’s June payments into one — due June 30.

The announcement came five hours after IMF chief Christine Lagarde said she was “confident” that Athens would honour its payment.

© REUTERS / Alkis Konstantinidis
Greece May Receive Almost $40Bln Until 2020 - EC President Juncker
Athens had time until Friday to repay the first €300-million ($337-million) instalment of a hefty debt it owes to its IMF creditors under the 2010 bailout program. But the government’s spokesman Nikos Philis said Wednesday the cash-strapped nation could not afford the payment.

It also owed the Washington-based fund three other payments on June 12, 16 and 19. But the new plan is that Greece will pay off the entire sum totalling €1.5 billion ($1.6 billion) at one go before the deadline for its bailout talks with the three international creditors expires at the end of this month.

Greece was one of the hardest-hit countries following the 2008 financial crisis. Its plunge into recession was cushioned by multibillion loans by the IMF, the European Union and the European Central Bank in exchange for severe austerity and painful economic reforms.

The country’s outstanding national debt is estimated at some $350 billion, over three-quarters of which it owes to the three money lenders.