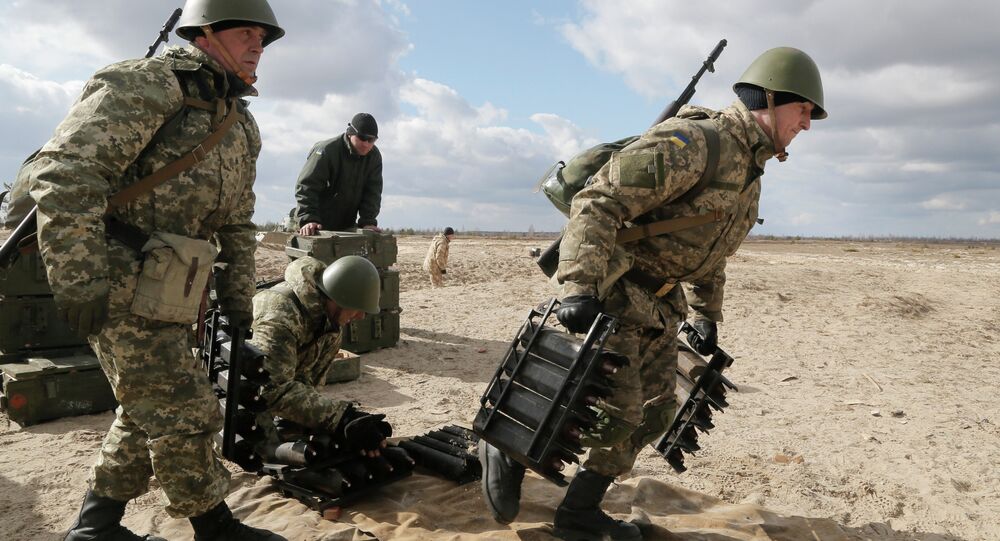 For months, both sides of the Ukrainian conflict were accusing each other of violating the Minsk peace agreements. Turns out it was Kiev-led troops who were not sticking to the ceasefire plan, having their heavy artillery stationed near the border with the Donbass republics.

Ukrainian hacktivist group CyberBerkut hacked into the emails of Major-General Andriy Taran, Chief of the Joint Centre for Ceasefire Control and Coordination in Ukraine, and recovered pictures that prove multiple violations of the Minsk peace agreements by Kiev forces.

According to the Minsk agreements, both sides of the Ukrainian conflict — Donbass militia and Kiev troops — agreed to back their heavy artillery from the line of contact.

However, satellite images obtained by CyberBerkut reveal that Kiev had its heavy artillery stationed in the immediate vicinity of the border with the Donbass republics, thus violating the terms of the ceasefire agreement.

Since the hacked emails were sent from Tetyana Podobinska-Shtyk, a staff member of the US Embassy in Ukraine, Washington was surely aware of the situation.

“Sending you pictures which can become a serious problem for you! Think about how you can explain them, if the monitoring mission [OSCE] obtains them. Consult the team leader and think about a possible action plan, how you can justify them or present them as fake,” Podobinska-Shtyk said in the hacked email.

© Photo : cyber-berkut.org
Email from Tetyana Podobinska-Shtyk, a staff member of the US Embassy in Ukraine, to Andriy Taran, Chief of the Joint Centre for Ceasefire Control and Coordination in Ukraine.

Earlier, the US Department of State accused the Donbass militia of violating the terms of the Minsk peace agreement. However, US Department of State spokesperson Marie Harf was not able to name a single accurate source of information to prove the US' accusations. But now, it turns out that the opposite is true — it was the US-backed Kiev troops who regularly violated the ceasefire agreement and Washington knew about it all along.

© Sputnik / Dan Levy
Ukraine Army Kills 14 DPR Militia Fighters, Wounds 86
On Wednesday, it was reported that 14 members of the Donbass militia were killed and 86 wounded after clashes flared up along the line of contact near Donetsk.

Merkel: Ceasefire Not Fully Being Observed by Both Sides in East Ukraine