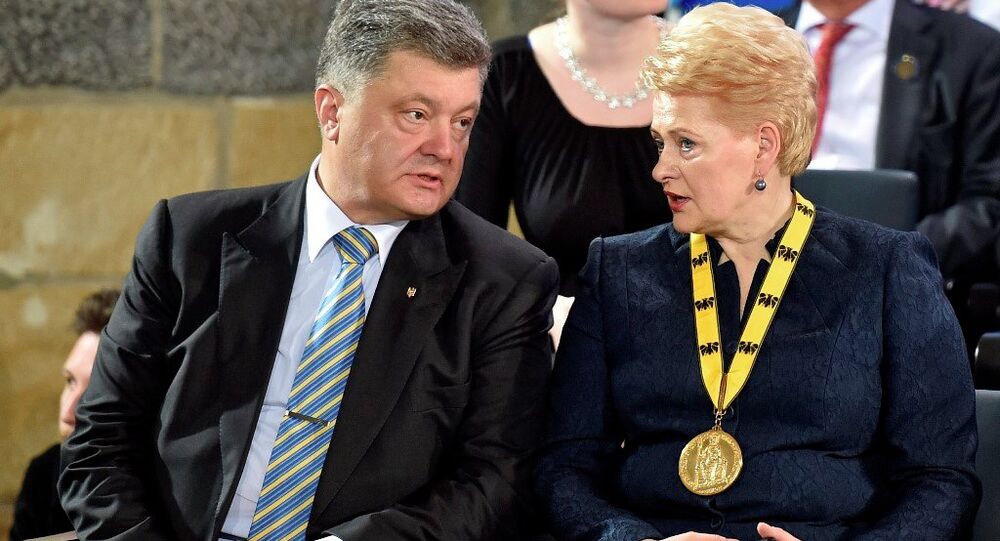 Spanish Lecturer in Lithuania Banned From Social Media Over Ukraine

Academic and lecturer Miquel Puertas has told Sputnik radio that he has been forced to shut down his Facebook account or risk losing his job at Kaunas University for posting information about Ukraine and Lithuania.

"I was simply posting pictures, interesting stuff when I went to Ukraine," said Miquel Puertas.

Spanish citizen Puertas has been living in Lithuania for five years. Puertas created a Facebook page last year so he could publish what he says is "information that is difficult to find in the western media." The group now has 8,000 members, but Puertas has been told by Lithuanian authorities to shut it down.

"They have a problem with me, saying that I was promoting Russian propaganda. But my students know I never talk about politics in my lectures. I am not pro anything. I'm simply a citizen from Barcelona.

"I had a meeting with my boss and they told me that I should close my Facebook account or I would lose my full time job at the university."

Puertas told Sputnik Radio that he closed his Facebook account but then after thinking about it, he came to the conclusion that his freedom of speech was being taken away from him.

"I am suffering from a campaign from the Lithuanian controlled media where they are writing lies about me; they are not asking me what my opinion is about. They don't ask me for an interview, they don't want to know what I say."

"My students are sending me letters; they recognize my war — I am fighting for freedom of speech. Enough is enough. The Lithuanian Government is promoting paranoia and many Lithuanians are coming to my Facebook page because I am telling the truth about what is happening in Ukraine and what is happening here in Lithuania."

The press release said the amendments would help win "the information war to ensure national security of the country and to claim greater responsibility of the Lithuanian National Radio and Television (LRT)."

The new amendments will be enshrined into law on 1 October 2015. To date, the majority of the Russian television channels have been banned in Lithuania.