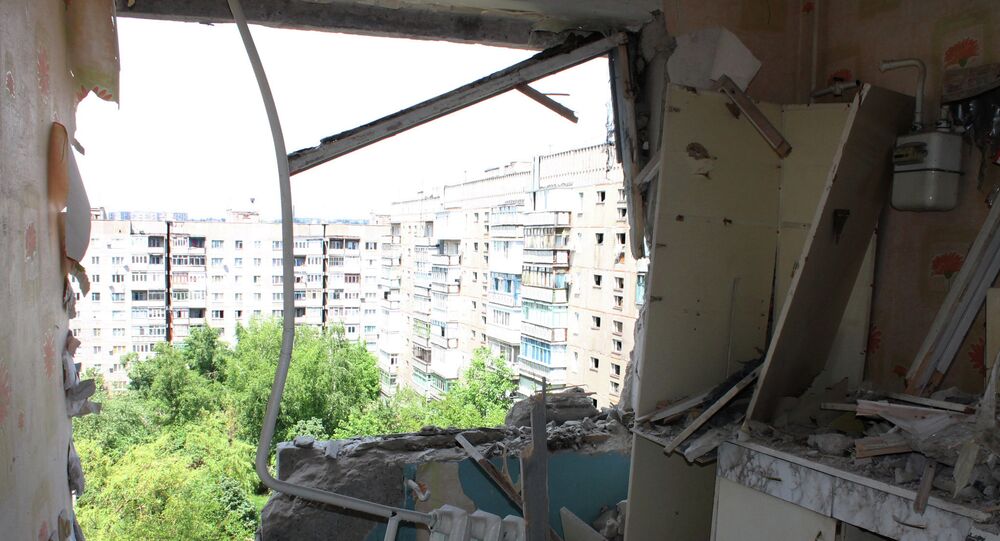 New clashes erupted in eastern Ukraine on Wednesday after Kiev troops launched an offensive against local independence supporters along the separation line in Donbass, according to DPR Defense Minister Vladimir Kononov. The fighting centered in the town of Marinka near Donetsk and left at least 21 dead and over 120 injured.

“We are holding to the Minsk agreements, but from our position our territory needs to be defended and we’ll do that. We are doing everything possible so that the situation is solved at the negotiations table through political methods, but we will stop any attempts to solve the situation through military methods and won’t tolerate brazen [military] strikes.”

He also warned Kiev of consequences should military strikes continue.

“Just like the last time, this will end up for Kiev [with troops] being surrounded,” Pushilin said in an interview on Rossiya-24 television.

Earlier on Thursday, European Commission spokeswoman Maja Kocijancic said Marinka fighting was violating the ceasefire and could lead to a surge in violence.