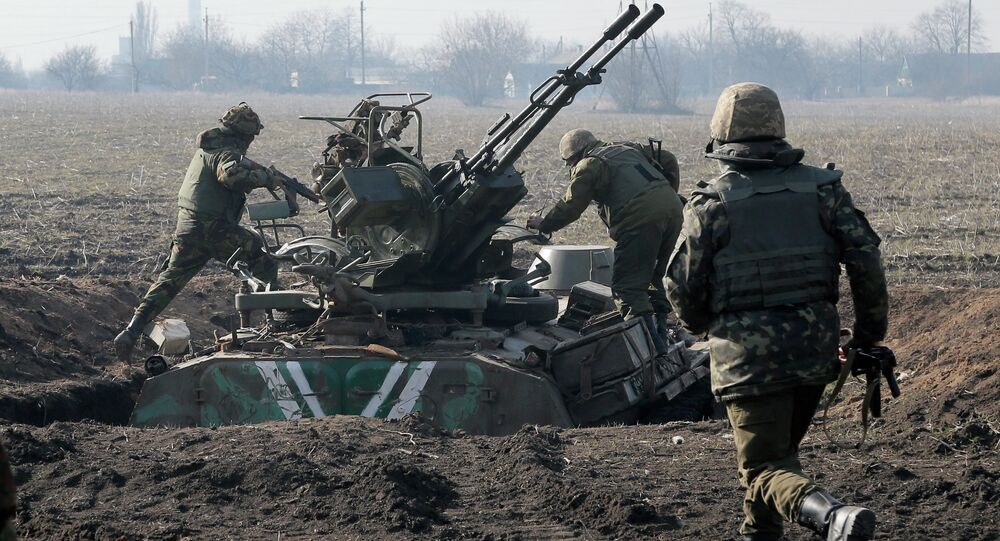 The Special Monitoring Mission (SMM) of the Organization for Security and Co-operation in Europe (OSCE) observed the movement of heavy weapons and fighting around Kiev-controlled Marinka, as well as other areas in the Donetsk region on Wednesday morning.

“In our opinion, yesterday’s fighting around Marinka near Donetsk in eastern Ukraine is a huge violation in the Minsk ceasefire agreement,” Kocijančič told journalists.

She said the escalations in the conflict had led to the redeployment of a large number of heavy artillery back near the line of contact.

“This fighting threatens the launching of a new spiral in violence and human suffering,” she added.

French Foreign Ministry spokesman Romain Nadal said it was necessary to stick to the Minsk agreements and ceasefire near Marinka immediately, while German Foreign Minister Frank-Walter Steinmeier called for immediate efforts to put an end to the hostilities in Ukraine’s east on Thursday.