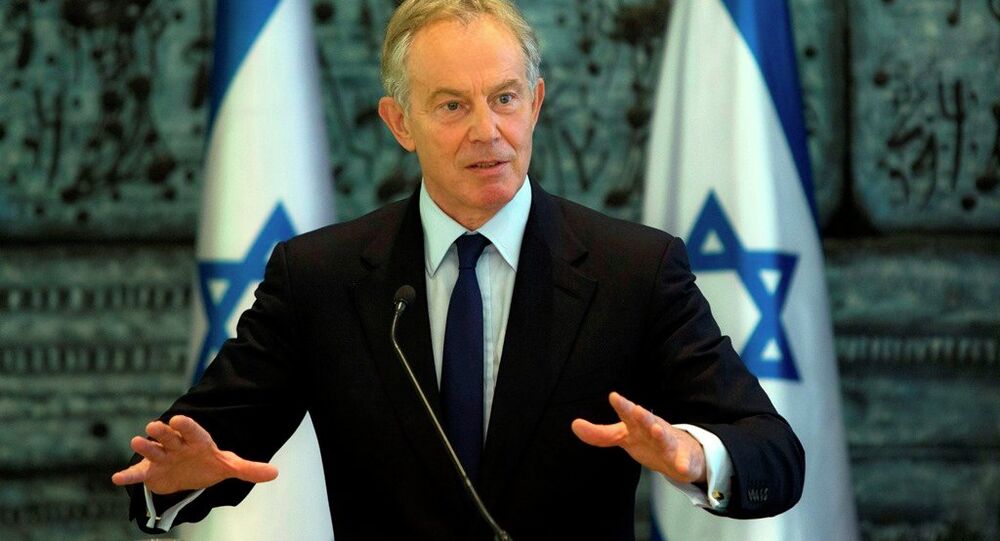 Multi-millionaire former UK Prime Minister Tony Blair, who has recently stepped down as Middle East Representative of the Quartet, has been appointed as chairman of a European organization tackling anti-Semitism.

Despite being accused of war crimes in his role in the destabilization of the Middle East, following the Iraq War, Blair has been made chairman of the European Council on Tolerance and Reconciliation (ECTR), a Brussels-based organisation dedicated to tackling racism, xenophobia and anti-Semitism in Europe.

His appointment has been greeted by critics with derision, given the plethora of other roles he has taken on since quitting as Prime Minister. He recently stood down as Middle East representative of the quartet, consisting of Russia, the United States of America, the United Nations and the European Union.

Blair took on the role after standing down as prime minister in 2007 but his tenure has been controversial. Critics have attacked the lack of progress achieved in the region and last year three former British ambassadors backed a campaign calling for him to be sacked and accused him of trying to ''absolve himself'' of responsibility for the crisis in Iraq.

It probably took Tony Blair a lot of soul searching before he took on another job which promises him immunity from prosecution. #justsaying

During his tenure, the Israel-Palestine crisis showed no sign of abating and the crises in Iraq and Syria led to the partial collapse of both nations as ISIL took control of vast swaths of both countries in order to create an Islamic caliphate.

The Iraq War and its aftermath proved highly controversial for Blair, as he was accused of war crimes in toppling Hussein's regime and for having no exit strategy, leaving the country in turmoil. He is expected to be heavily criticized in the yet-to-be-published Chilcot Inquiry into the run-up to the war in Iraq.

Blair has also come in for severe criticism for amassing a huge fortune by trading on his position as a former prime minister and charging enormous fees for advising companies and regimes across the globe.

It was revealed last year that his company, Tony Blair Associates, had signed a secret contract with Saudi oil company PetroSaudi worth £63,202 (£41,000) a month and two per cent commission on any deals he helped secure.

33% of Britons feel Tony Blair was a good/great Prime Minister, 37% feel he was poor/terrible. (via YouGov)

A PetroSaudi source told the Daily Telegraph in November 2014:

"[Blair] has got deep ties to the Middle East and that is how we got to know him. We know a lot of people in common and they put us in touch. It was a confidential engagement to help us develop business in China."

Blair was accused of "insatiable greed" by the Stop the War Coalition in the UK after his deal with Saudi Arabia was exposed.