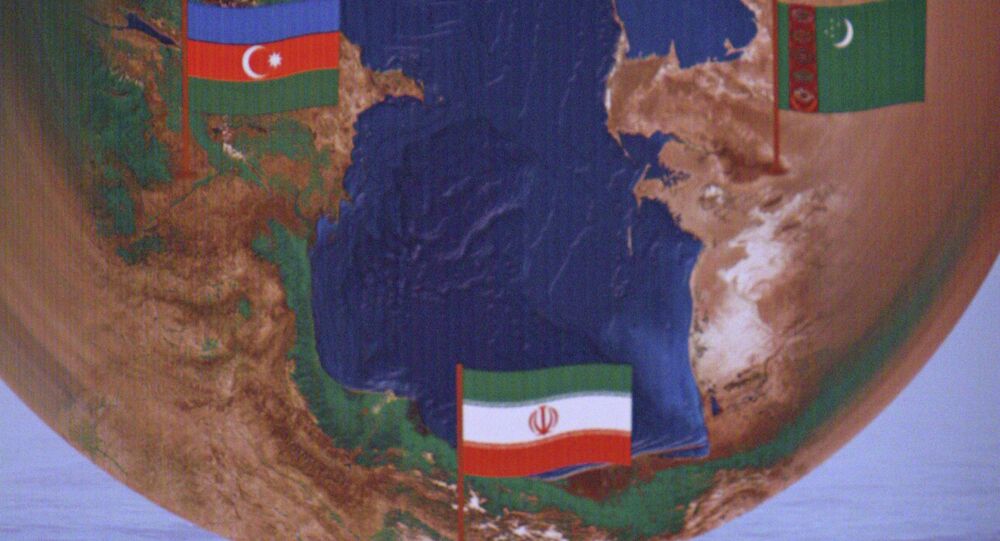 Natig Aliyev made the remarks during the Caspian Oil and Gas Conference in Baku, Irna news agency reported on Thursday.

Iran with its rich energy resources is seriously interested in cooperation with Azerbaijan and can play an important role in providing energy security in Europe, Aliyev said.

Aliyev said that his country plans to maintain oil production at the level of up to 45 million tons annually, while the volume of gas production is to be doubled.

“We plan to start implementation of a new gas program, including its production, processing and export by such gas production volumes.”

© AP Photo / Vahid Salemi
Iran Proposes Transferring Azerbaijani Gas to Europe
He predicted that demand for gas in the European Union will grow before 2035.

He said that Iran has the world's second largest reserves of gas after Russia and confirmed that Iran had been invited to participate in the Trans-Adriatic gas project as well as Trans-Anatolian gas project (TANAP), the Irna report said.